India’s armed forces have given the green signal to the government to use the video footage of the surgical strikes against terror camps in Pakistan-occupied Kashmir (PoK) in any manner it sees fit to make New Delhi’s case. The final decision on this rests with the Prime Minister. Top army officers, speaking off record, told that the army is keen that India release evidence that will answer those alleging the strikes never happened. 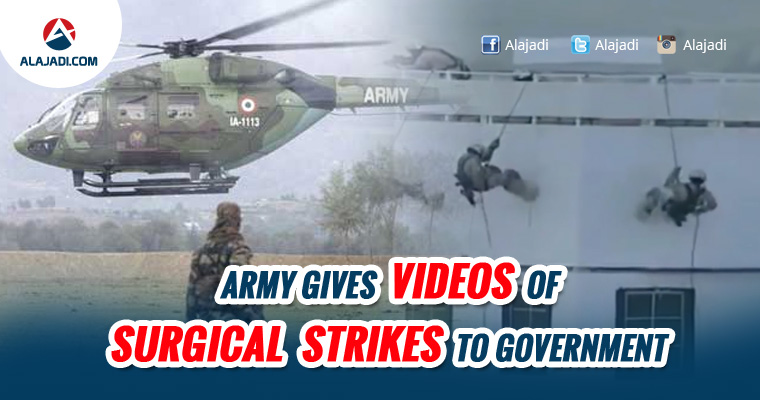 The video evidence of the Army operation was announced just as Prime Minister Narendra Modi chaired a Cabinet Committee on Security meeting in New Delhi to discuss whether the details of the strikes should be revealed amid intense politics over the issue.

Weighing Pakistan response to move since then, some Opposition politicians in India, including Aam Aadmi Party’s Arvind Kejriwal and Congress’ Sanjay Nirupam, have asked for ‘proof ’ of the strikes. There is no doubt at all that the strikes inflicted heavy damage. Proof is available with the government that clearly shows our troops engaging the targets effectively,” a senior government official said.