Kajal Aggarwal bags the No. 1 rank on Hyderabad Times Most Desirable Women of 2016. Kajal is a strong woman gifted with Beauty and Brains. Kajal started her career in Tollywood in 2007 by debuting in the movie Lakshmi Kalyanam. Her performance in the film was critically acclaimed and in no time, the actress shot to fame and there was no looking back for Kajal ever since. Kajal acted opposite most of the top heroes of Tollywood and she is still one of the most sought after actresses in the Telugu film Industry. 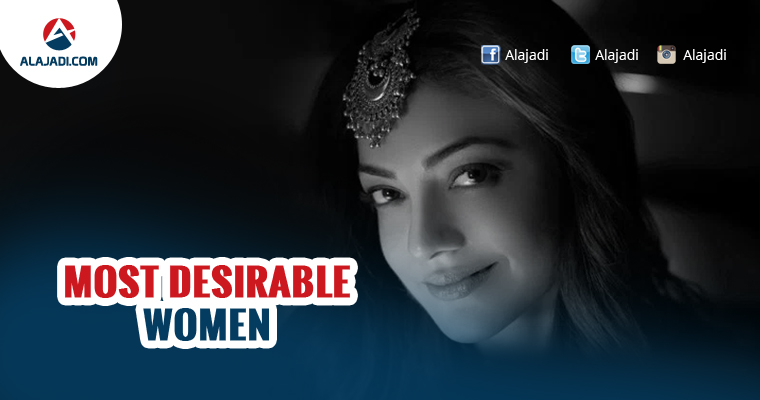 Kajal dominated many other top actress and persons by getting first place in the list and Anushka got second rank, Sobhita Dhulipala in third place, PV Sindhu in fourth place, and Rakul Preet Singh in fifth place. She thanked all her fans and the people who voted for her and said she is acting since 2007 and worked really hard to be in a position where she is now. She is going to be seen in Thala57 and Rana’s Nene Raju Nene Mantri. She is successfully maintaining her career with Telugu and Tamil films.

According to Kajal, a woman who is hard working, smart, sincere, honest, charming and the one who has a good sense of humor is always desirable. Kajal is a lady gifted with all these qualities and her thirst to perform better in every step of her career has bought her so far. The stunningly gorgeous 31 year old Kajal, recently paired opposite to Mega Star Chiranjeevi in his 150th film and gave herself a blasting kick start to 2017. In spite of reaching the pinnacle of Stardom, Kajal is still a very down to earth and grounded woman. Her humble and modest nature is one of the reasons why she has topped the list of the Most Desirable Women of 2016! You Go Girl!