The Most Popular Reality Show Bigg Boss Telugu Which is aired in popular TV Channel Star MAA grabbed more views and the making record TRP ratings. Fans and television viewers watched the show in an excitement to see NTR on the small screen and his performance as a host. The viewers have been waiting for the reality show to see how Tarak initiates the show with the participants. 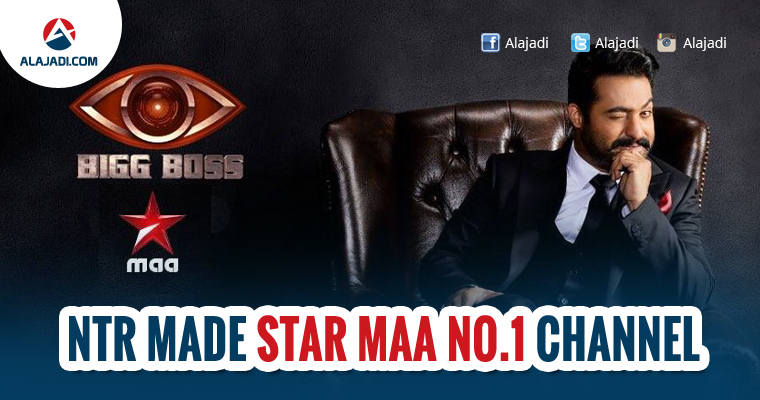 A week after the show went on air, the numbers are out and the first episode of Bigg Boss Telugu has registered 16.18 TRP ratings. Rajiv Aluri, a senior employee from the TV channel, tweeted: “#BiggBossTelugu lauch episode with @tarak9999 is BIGGest ever in the history of Telugu Television with 16.18 TRP’s “ Bigg Boss Telugu getting good response from the audience throughout the 29th week. The huge response has landed Star Maa in the first rank in the list of the top 5 Telugu channel for the week. Few NTR fans tweeted that Bigg Boss reality show on Sunday got TRP rating 4.8 out of 5.

Suresh Kondi, an expert from Telugu film industry tweeted the photo featuring the list of top 10 Telugu TV channels in 29th week. He also wrote: “[email protected] DANDAYATHRA continues on Small screen too. #BiggBossTelugu has got excellent TRP with 16.18 tvrs & Made @StarMaa in No.1 Place.”

Millions of viewers, including some celebs and critics, are surprised over Jr NTR’s ease on the live show, his comedy timing and mannerism. Many of them took to their Twitter handle to express their opinion. They feel of upcoming episodes of Bigg Boss Telugu was expectedly a fun watch and young tiger gave his best in his maiden TV Host avatar. Here are some comments of celebs and critics.