New airports to come up in Andhra Pradesh, Telangana

Andhra Pradesh will soon have three new airports, including an international airport in Bhogapuram near the port city of Vishakhapatnam, while India’s newest state Telangana will have one more. Currently both states are served by the international airport in shared capital Hyderabad, which will revert to Telangana 10 years after the bifurcation of a single state created the two neighbors in 2014. 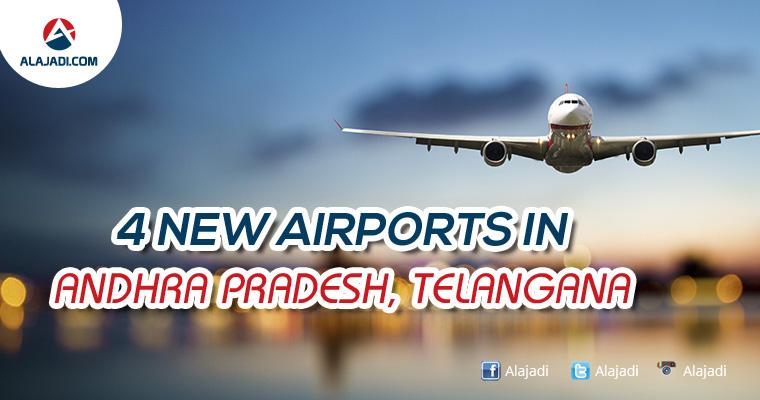 Union Government-appointed Committee cleared the proposals to establish three new airports in Andhra Pradesh on Monday. The airports will be coming up at Bhoghapuram and Dagadarthi in Nellore district, and Orvakallu in Kurnool district.

The new Telangana airport will be built at Kothagudem in Khammam, about 275 km away from Hyderabad. With this project, Telangana would be getting a second greenfield airport after Hyderabad international airport.
The International airport at Bhogapuram will be developed by the state government in a public private partnership or PPP at an estimated cost of Rs. 2200 crore and will cater to 6.3 million passengers a year initially, the government said. The other two airports in Andhra Pradesh will be developed as domestic no-frills airports at an estimated cost of Rs. 88 crores each.

All the four airports cleared today are greenfield airports, which means they will be built from scratch starting with identifying land for them. Together, they will cost Rs. 2,376 crore to build, the ministry said.