A 25-year-old techie working with Infosys was strangled with a computer cable at her office in Pune on Sunday. Based on CCTV footage, a security guard was arrested this morning in Mumbai. K Rasila Raju, a systems engineer from Kerala, was found lying on the floor inside a conference room on the ninth floor of the Infosys office in the Rajiv Gandhi Infotech Park in Hinjawadi last night.

She had a computer wire around her neck. The police say there were signs that she had also been struck hard on her face. On the basis of the CCTV footage from the company premises and other clues, we zeroed in on a security guard from Assam, who after the incident, fled and now has been held in Mumbai, said police officer Arun Waikar. Bhabhen Saikia, the accused, worked as a security guard at Infosys. 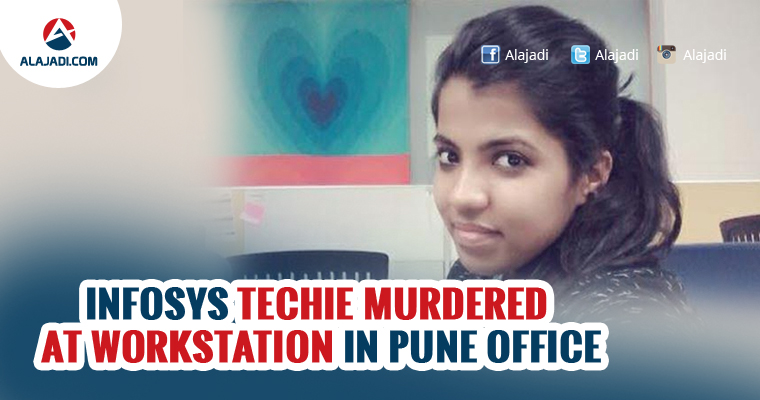 On her day off, Ms Raju was working on a project and two of her teammates were online with her from the Bengaluru office. She had been working since 3 pm and had been constantly in touch with her colleagues, the police say. In the evening, her supervisor in Bengaluru tried to call her but reportedly got no response. Around 10 pm, he called security and asked the guard to check on the engineer, who was found dead.

Infosys expressed shock and said it is providing all possible help to the police. We are saddened and shocked at this unfortunate incident and the loss of our colleague. Our prayers and sympathies are with our employee’s family and friends. We are focused on assisting the police with their investigation and providing all possible support to her family, the IT major said in a statement.

Rasila Raju’s maternal uncle Suresh said, Her friends told us that she had complained about the guard staring at her. When was this complaint made? Why did the company not act? He said that the family strongly believes that there was more than one person behind the murder, and that someone who had access to all the rooms in the Infosys office was behind it. Her body was inside the conference hall. How did she reach there? No guard will have access to these places. There is someone else involved and that person is being shielded, he alleged.

He added that there were two primary reasons for the family to believe that the investigation and the company’s version of the events were suspect. The first was that she was working alone in the office on the day she was murdered. There are more than 30 workstations in her room. Every other person says that they were not working that day. So why was she asked to come to office? he asked.

Also, according to Suresh, Rasila had been transferred to Bengaluru, and was set to join in the first week of February. However, he alleged, she had been having problems with another person at the Pune office. She had problems with one of her seniors. She had told her dad that the senior was not giving her the relieving orders, in spite of the transfer. Her dad, who got frustrated, had even asked her to resign and come back. Who was this person? Why is he not being investigated? Why is the company not giving his details? asked Suresh.

This is the second murder of a techie in Pune in two months. Last month, 23-year-old Antara Das, an employee of Capgemini, was chased and repeatedly stabbed barely half a km from her office. Her former colleague and friend, based in Bengaluru, was arrested for the murder.