It’s a miracle. An Indian woman has given birth to her first child at the age of 72 after undergoing fertility treatment at a controversial IVF clinic. Daljinder Kaur gave birth to a healthy boy last month at the National Fertility Centre in Haryana state, which offers treatment to women decades past their menopause. Although her exact date of birth is unclear, Kaur told doctors she was about seven years younger than her husband Molinder Singh Gill, 79.

If correct, that would make her the world’s oldest mother.The current, verified record is held by Maria del Carmen Bousada de Lara, who was 66 when she gave birth to twin boys in Barcelona in 2006. Everyone asked me to adopt a baby but I never wanted to. Now I have my own child, said Mrs Kaur.We will raise him and give him a proper education. I had faith in the Almighty that I will have my own baby, and Waheguru answered my prayers, she said, using the Sikh term for God. 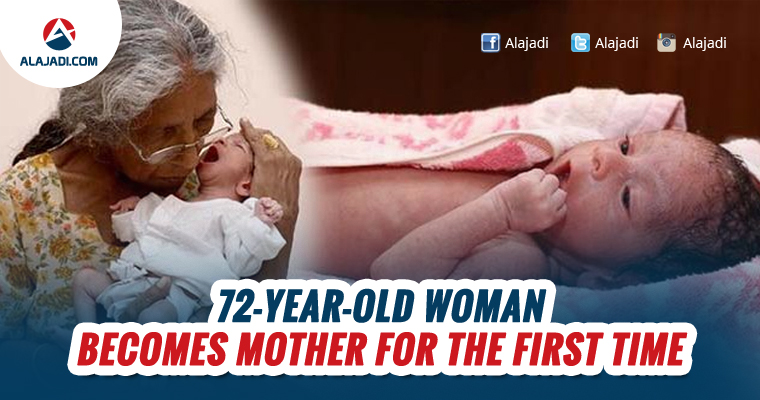 The pair, from Amritsar in Punjab state, have been married for 46 years, and tried IVF after seeing an advertisement for the clinic in a newspaper. Kaur underwent three rounds of in-vitro fertilization treatment using anonymous donor eggs. She gave birth by caesarean section on April 19. Post-menopausal births are increasingly common in India, where couples are often under intense social pressure to have children, and IVF treatment is cheap and largely unregulated. The full cost for a cycle of fertility treatment can be as low as 100,000 rupees (pounds 1,000), around half what it would be in Britain.

Dr. Anurag Bishnoi’s National Fertility Centre in particular has created headlines in recent years over the age of his patients. Its website lists several cases of elderly couples conceiving through treatment, including that of Rajo Devi, a woman thought to be 70 who gave birth to a baby girl in 2006. There is growing pressure for regulation of the sector. India’s medical council has lobbied for a ban on fertility treatment for women aged 50 and above, citing health concerns for both mother and child.

Supporters expect a bill to be passed in parliament within six months. Some senior members of India’s medical community last night denounced the treatment offered to Kaur.