Energetic Hero Ram Pothineni who is enjoying the success of his recent movies Nenu Shailaja is now busy with his next movie shootings. Hyper is the title of Ram Pothineni upcoming movie directed by Santhosh Srinivas. 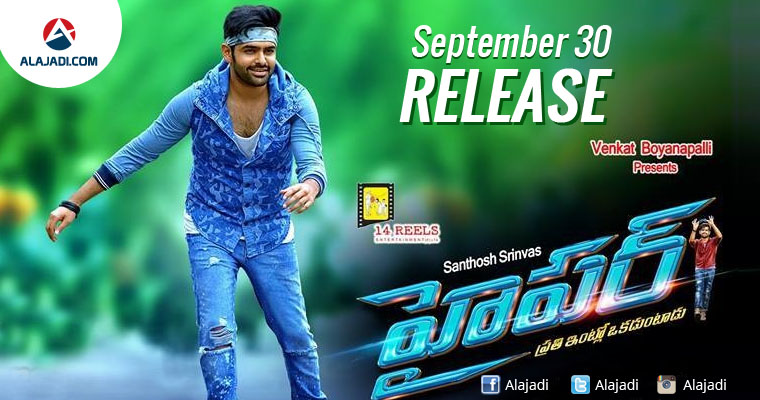 This is the second time hero Ram teamed up with Director after the hit movie Kandireega. The movie makers had confirmed the release date of Hyper movie. The female lead role is played by Rashi Khanna. This is the second movie for ram and Rashi Khanna Combination.  Earlier the couple had shared screen space with the movie Shivam.

The movie is currently being shot in Hyderabad. With this long schedule entire film will be completed. They are planning to release the film on September 30 as Dussehra gift, said the producers in a statement. The movie had a tag line ‘Prathi Intlo Okaduntadu’. This Hyper movie is now at the filming stage and the shooting of the film is going to end soon.

This film will elevate Ram’s energy levels in next level, says director Santosh Srinivas. The film Rashi Khanna as female lead and music is by Ghibran.