Actor Ram is currently busy shooting for his upcoming film which is titled ‘Vunnadi Okkate Zindagi’. The film is being directed by Kishore Tirumala who earlier directed Ram in Nenu Sailaja featuring Keerthy Suresh in the female lead role. Vunnadi Okkate Zindagi features Anupama Parameswaran and Megha Akash in the female lead roles and is currently being shot in and around Hyderabad at a brisk pace. But now, the latest reports reveal that actress Megha Akash has opted out of the film citing date issues. 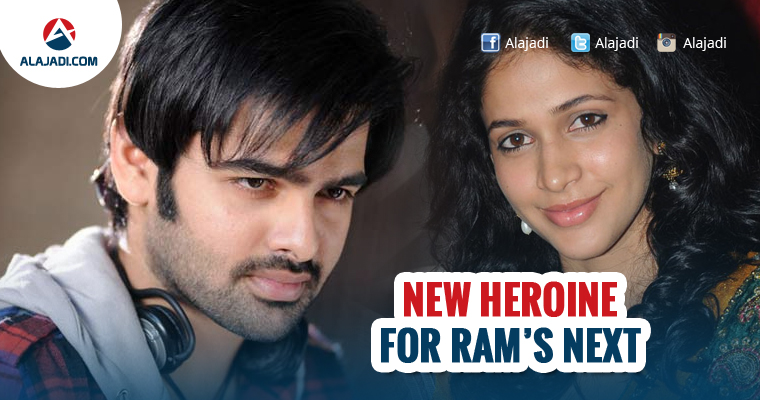 Reports suggest that Megha Akash is now replaced by Lavanya Tripathi in Vunnadi Okkate Zindagi and will soon join the shooting schedules of the film. “Originally, Anupama Parameswaran and Megha Akash were signed as the leading ladies. Megha had signed two back-to-back projects with actor Nithiin, and one of the films includes ‘Lie’. She has already started shooting for the second film with Nithiin, so she couldn’t adjust her dates for this film,” a source from the unit of the film told a news agency.

Megha Akash is currently working on Nithiin’s upcoming film which is being produced by Power StarPawan Kalyan for which the story is written by Trivikram Srinivas. Lavanya Tripathi has replaced Megha Akash in Vunnadi Okkate Zindagi now and the actress will join the Ooty schedule of the film. This will be the first time that Lavanya Tripathi will be acting alongside Ram Pothineni. Vunnadi Okkate Zindagi will have Ram sport an Uber cool look which he has never sported in his career so far.