With the release of the much-awaited Dangal trailer comes the good news of Indian wrestler Geeta Phogat finally being appointed as Deputy Superintendent of Police by the Haryana cabinet after a six year long wait.

She is a graduate and a sportsperson of international repute. She is also a gold medallist in wrestling at the 19th Commonwealth Games-2010 held in Delhi. Phogat, who was also the first Indian woman wrestler to have qualified for London Olympics in 2012, was selected for appointment as Inspector in Haryana Police under sports quota that year. In March, this year, she moved the Punjab and Haryana High Court for promotion to a post on par with her achievements. The High Court then directed the Haryana government to decide on her representation within two months. 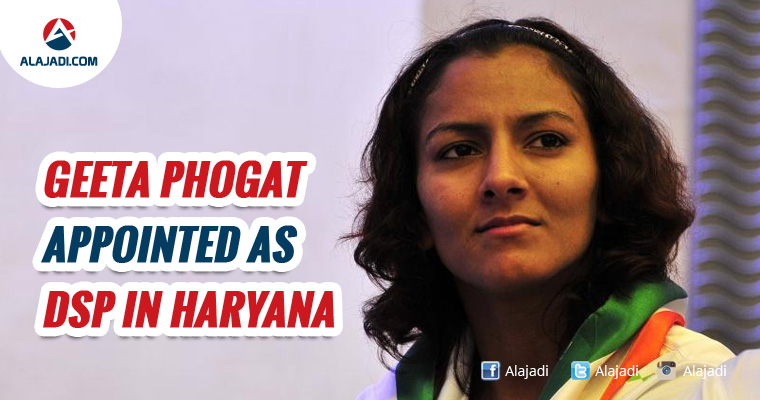 But the wait for the reward made the star wrestler frustrated over the years. “Humein aadat ho gayi thi wait karne ki. Sab khush hain par jitni khushi honi chahiye thi, utni nahin hai (We got used to waiting. Everyone is happy but we are not as happy as we should have been),” Geeta had mentioned.

Geeta is the daughter of Mahavir Singh Phogat and her sisters include Rio 2016 Olympics participants Vinesh Phogat and Babita Kumari. Phogat, had thanked Haryana Chief Minister Manohar Lal Khattar and sports minister Anil Vij for the appointment on her Facebook page.