Looks like Tollywood industry is full in form this year. Back to back movies are being released and the happiest part is all of them are doing great at the box office. Continuing with 3 blockbusters in January, our heroes are all set to make this February a fantastic one by releasing almost 10 films within 21 days. 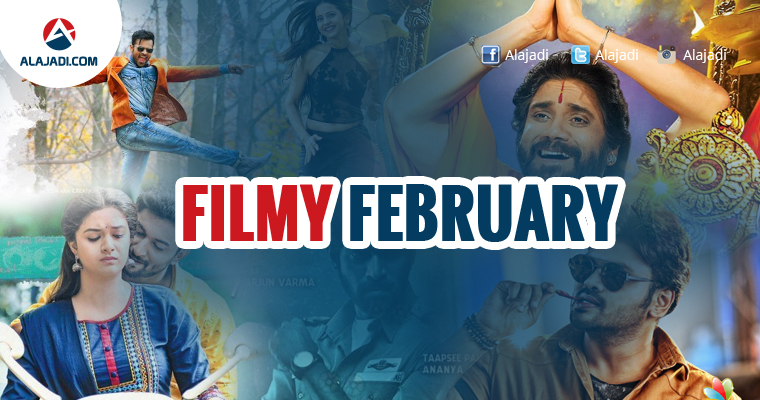 Earlier there was a saying in the industry, that films which were released during the month of February did not do well and people started believing this superstition. Giving a break to this, Tarak released his films Temper during the month of February and also it was exams time along with World Cup fever going around. Despite this, his movie was a blockbuster. Now, this clearly proves that it is not the right time but it is the right content of the film which will grab the attention of the audience.

The filmy festival is going to start from 3rd of February with Nani’s and Dil Raju’s Nenu Local, on the same day as Mohanlal’s Kanupapa. Audiences are having huge expectations on both the movies. S3 is going to roar on 9th of this month and the very next day is taken by Nagarjuna’s Om Namo Venkatesaya. Giving a week break after this there are 4 releases on the 17th which include Rana’s Ghazi, Manch Manoj’s Gunturodu, Raj Tarun’s Kittu Unnadu Jagratha and Nikhil’s Keshava. To give a grand final touch Sai Dharam Tej is going to come as the Winner on the 24th.

Now all that we have to do is to get our tickets, watch all the movies and see who the actual winner is at the box office. Wishing everyone All The Very Best!