Milky beauty Tamannah is not only popular in South but she has appeared in few Bollywood films as well.  It is known that Tamannah has impressed everybody with her character in ‘Baahubali’ as well.  With a career spanning nearly a decade, she has impressed millions of fans.  Apart from the fans, she has achieved a rare recognition recently. Milky beauty Tamanna is no more just Tamanna, she has become Dr. Tamanna now. 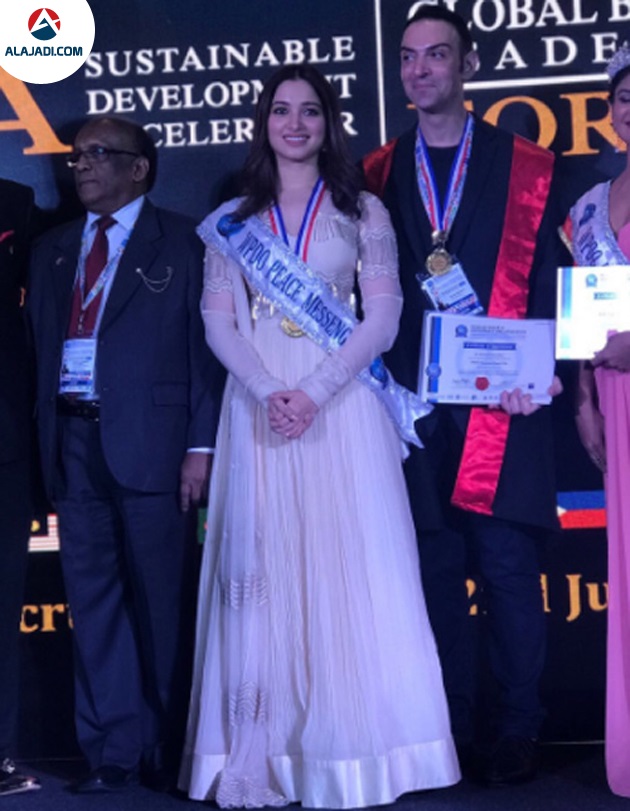 An NGO named CIAC is going to confer doctorate to Tamannah. It is known that one has to do research on some subject to achieve a doctorate.. or else one should excel in an art. Tamannah is receiving a doctorate for her contribution towards South cinema. Tamannah entered the film industry very early and she went on to act in nearly 50 films till now.

She has already achieved awards like Tamil Nadu Kalaimamani award, Asianet Film Award, South Scope Award, SIIMA Award.. she has received nominations 7 times for Filmfare. She has achieved Dayawati Modi Award for 2017 as well.  On the work front, she is the heroine of Vikram starrer ‘Sketch’.  She is doing a Telugu film starring Sundeep Kishan. Having entered the world of movies at very young age, Tamannah has acted predominantly in Telugu and Tamil languages, and went on to do around 50 films till now. She has four films slated for release by the end of 2017.