Rubina’s perfect family picture had four kids and her husband. Unfortunately, a medical tragedy in 2009 has shattered her dream and left her with medical complications that are still uncured. While delivering her third child, the hospital staff of Delhi-based Shree Jeewan hospital left a needle in her uterus as a result she went through a traumatic painful nights in the hospital before the needle was taken out. Alleging negligence and deficiency in service, she moved the consumer court where she was awarded compensation. The hospital moved the state consumer commission where presiding officers NP Kaushik and Salma Noor not only upheld the order but also fined the hospital Rs 30 lakh. 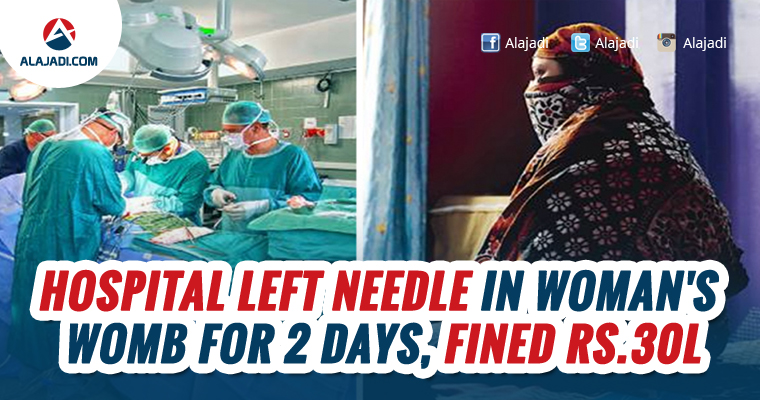 The Commission also noted that the delivery was performed by an unqualified person – a pharmacist. Instead of employing a qualified doctor who draws a salary of around Rs two lakhs, the hospital is getting the job done by a pharmacist, the bench headed by member N P Kaushik said

Rubina was admitted to Shree Jeewan Hospital on 15 September 2009 for delivery and she gave birth to a girl child. However, after the delivery, Rubina was bleeding profusely and she suffered immense pain and trauma. The next day, an x-ray was conducted which revealed that a needle had been left in her uterus. A surgery to remove the needle was performed in the same hospital after two days.

Another two months later when an ultrasound was conducted, it was revealed that her uterus had retroflexed and she would never be able to conceive again. She then filed a complaint with the police and the consumer forum. Rubina still faces multiple health problems due to the hospital’s negligence. She told that she spends close to Rs 4000 on the treatment of her uterus every month. The daily doses of medicines also make her weak. During the case, while denying negligence, the hospital admitted the presence of a needle in Rubina’s womb.