Shah Rukh Khan and Alia Bhatt after many tweets and life lessons finally hit the screen. The movie is all about life and which will also be a part of your life. Shah Rukh Khan revealed that he is just a small part in this film but the major part will be Alia Bhatt.  The movie released two days ahead of its initial release in USA on November 23rd. It got good response from the critics too. 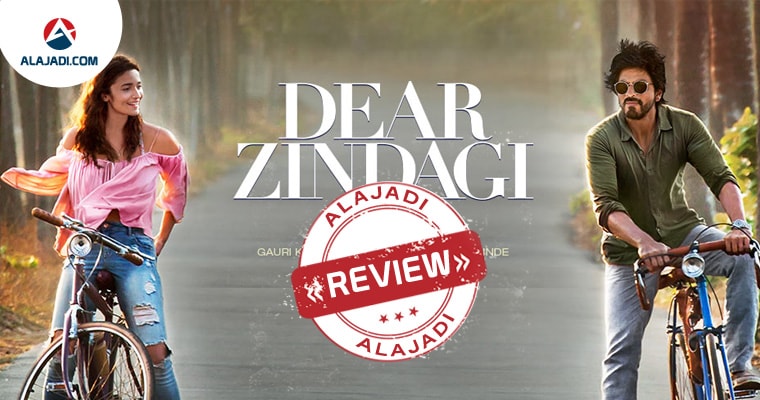 Kaira (Alia) is an astute cinematographer who is bohemian in her approach to life. Enter Dr Jehangir Khan (Shah Rukh), a top-notch therapist, who helps her lay her innermost demons to rest. Jug helps Kyra open up about her on the surface problems and further digs into the bigger ones. With his ‘cool’ stories, he wins over Kyra’s fears and teaches her to embrace life.

Worth watching it. The movie comes with an essence of life and you should never miss it. More eye-rolls are caused by the dialogues which are straining to be natural, but end up being far too many for much too little.

SRK: He has played an extended cameo role and managed to impress the viewers.

Alia Bhatt: She ha  done justice to her role.

Gauri Shinde has chosen a simple and yet a meaningful subject for Dear Zindagi, which offers an important message besides providing entertainment. The film showcases that happiness is all about finding comfort in life’s imperfections. The director has created a brilliant screenplay, which is engaging and entertaining right from the beginning till end. The movie has good production values and music, cinematography and selection of beautiful locales are the attractions on the technical front.