A baby girl in the US was successfully ‘born’ for the second time, after being taken out of her mother’s womb for 20 minutes at 23 weeks of pregnancy for a groundbreaking surgery to save her life. Margaret Boemer, from the US, was 16 weeks pregnant when she was told that her baby had a sacrococcygeal teratoma – a tumor grows from the baby’s tailbone before birth.

This is the most common tumor we see in a newborn. Even though it’s the most common we see, it’s still pretty rare,” said Darrell Cass, co-director of Texas Children’s Foetal Center and associate professor at Baylor College Medicine in the US. According to Cass, the tumor feeds on blood flow from the baby, competing with the baby as they both are trying to grow. 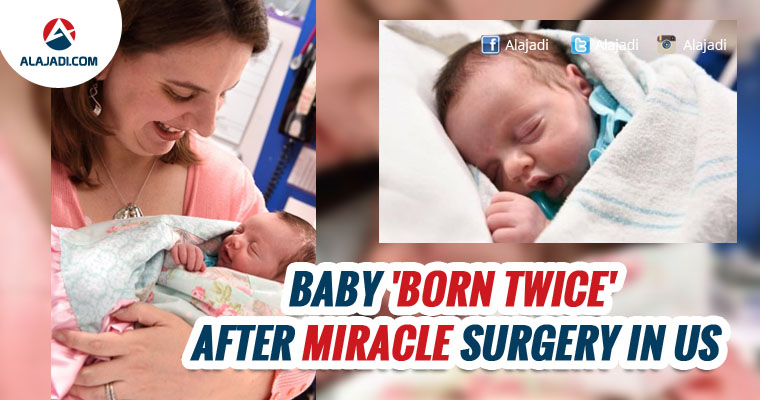 The tumor wins and the heart just can’t keep up and the heart goes into failure and the baby dies. At 23 weeks, the tumor was shutting her heart down and causing her to go into cardiac failure, so it was a choice of allowing the tumor to take over her body or giving her a chance at life.

An emergency surgery was performed at 23 weeks and 5 days of pregnancy, when the tumor was nearly larger than the foetus. Cass and Oluyinka Olutoye operated for about five hours. Only 20 minutes were spent on the foetus. Most of the time is spent opening the uterus, the doctors said. The tumour was so large a huge incision was needed to reach it, so the baby had to be taken out of the womb. The team successfully removed the bulk of the tumor. When they finished their operation, the surgeons placed the baby back inside the womb and sewed her mother’s uterus shut. After another 12 weeks Lynlee Hope was born for the second time via C-section in June this year.