Adhurs which is released a few years ago in NTR’s career. Even though the movie is not a big commercial success, it showcased the comic side of NTR and proved that he is a verstatile artist who can showcase any kind of role. In that way, Adhurs is very special to NTR and for his fans. Many don’t know that the Chari character in Adhurs is actually a creation of director Harish Shankar. Harish used to work in Vinayak’s writing department. He also developed the idea of Adhurs-2 as well but somehow, NTR could not be convinced with that and the project did not happen. 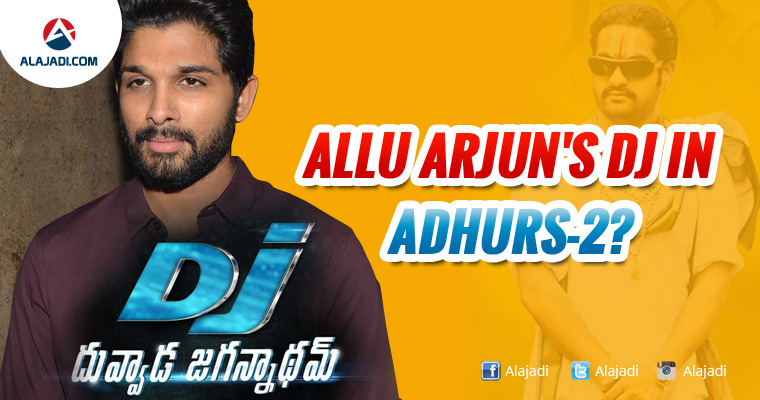 Harish now approached Allu Arjun with that script and it transformed in to DJ (Duvvada Jagannadham). However, they say Allu Arjun and Allu Aravind made enough changes to the script to make it viable. Going into the details, Allu Arjun might be doing a ‘brahmin’ role in his upcoming film DJ directed by Harish Shankar and produced by Dil Raju. However an official clarification is awaited on this. The regular shooting of DJ will begin some time in the next month. The makers are looking at April First Week release for the film as Summer Special. However, this is a double edged sword for both Bunny and Harish as there were instances where Brahmin communities filed cases on actors and makers citing objections over the portrayal of ‘Brahmins’ in films.