Stylish Star Allu Arjun enjoys huge fan following and his upcoming entertainer DJ (Duvvada Jagannatham) directed by Harish Shankar is attracting the attention of all. Allu Arjun is seen in dual shades as a DJ and also as a traditional Brahmin. Allu Arjun even trained under orthodox Brahmins to get their body language and ascent right. He even turned vegetarian for the film. Now, Stylish Star Allu Arjun’s Duvvada Jagannadham is making headlines even before its release. After protesting against Allu Arjun wearing a Rudraksha Mala along with a denim pant, a section of Brahmin community is now protesting against a song in the movie. 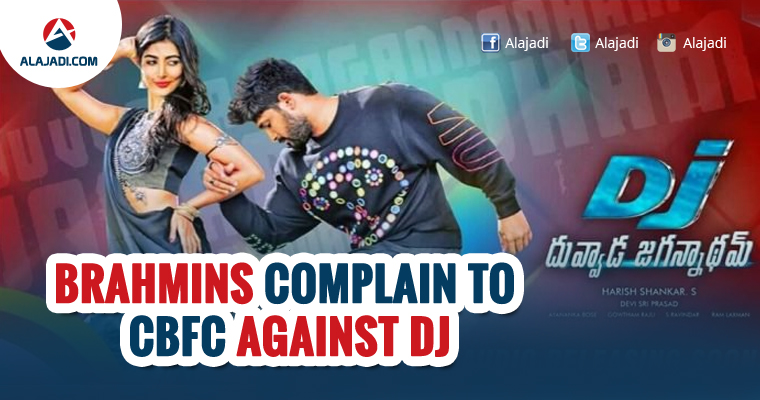 Protesters even objected Allu Arjun appearing in denim pants while wearing a Rudraksha. They threatened to launch of state-wide agitation and meet CM KCR if necessary corrections weren’t made. This isn’t something Makers of ‘DJ’ want when ‘Gudilo Badilo’ Promo Song crossed 5.5 Million mark in a short span. What will Bunny & Dil Raju do now?