Finally Wait is Over Stylish Star All Arjun most awaited film Dj Aka Duvvada Jagannadham released worldwide on this Friday, June 23rd. The film Got Screened at Maximum number of screens in the Telugu States, other parts of Country. The film unit busy in promotions and Allu Arjun is in Banguluru for the promotions. The film is directed by Harish Shankar, who has time and again proved his ability to deliver a commercial entertainer to cater to the needs of the audience of all age groups. 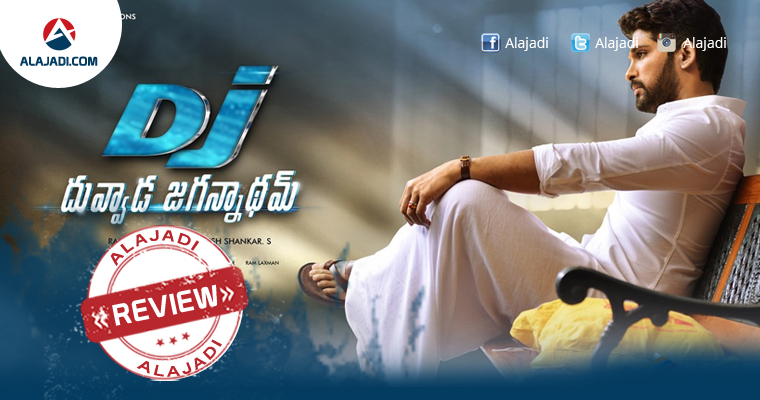 The film story is about the Brahmin Guy named Duvvada Jagannadham (Allu Arjun) who works as a cooking master in one of the palaces. He takes care of events and functions which happen in the palace. In that process, unexpectedly, he meets Pooja Hedge and from there the love story starts and takes many turns in a twisted way until the end. It is already known that Allu Arjun is playing a character with two sides a soft Brahmin youth and a vigilante. But what is the cause that he would be fighting for?. The film said to be a very unique which revolves around a real estate angle. Apparently,  Allu Arjun will be fighting against a Land Scam  on behalf of these people who are seeking justice.

DJ is carrying a terrific buzz among the trade circles and the audience with a solid pre release business in all areas. The impressive trailers and the chart buster audio rendered by DSP have doubled the hype on the film. Allu Arjun ,with his inimitable style as Brahmin caterer who embarks on a serious mission, is said to have delivered a career best performance and Pooja Hegde’s glamour is an added advantage for this action entertainer. The songs of the film are trending on social media and youtube. Allu Arjun also promoted the film by travelling in a chopper to different places Tirupathi, Vijayawada, and Vizag. Currently,  Allu Arjun is in Bengaluru for the promotions. Overall a routine story and a One time watch. A Blend of Harish Shankar, Allu Arjun, Rao Ramesh and DSP makes the movie a good watch.

Allu Arjun: He is winning accolades for his performances. He impressed the audience with his dance and punch dialogues.

Pooja Hegde: Her glamour is the plus point in this movie and acted very well also.

Rao Ramesh: His performance is quite different from other movies.

Vennela Kishore:  He brings lots of humor into the film with his comedy timing and punches.

Producer Dil Raju left no stone upturned in the name of promotions and he is popular for the strategies he plans for promoting his films and thus winning half the match before the play begins. Film is bankrolled by Dil Raju, has rich production values. DSP songs and background score, Ayananka Bose’s beautiful picturisation, amazing choreography of action and dance, good lyrics, punch dialogues and Chota K Prasad’s editing are the attractions on the technical front.