Ae Dil Hai Mushkil brings together one of the most unconventional pairs of Bollywood in the form of Ranbir and Aishwarya for the first time on screen. And yes the teaser doesn’t disappoints and offers us a sizzling chemistry between the two and they look beautiful together. This is something that Aishwarya and Ranbir fans can eagerly await in the days to come. 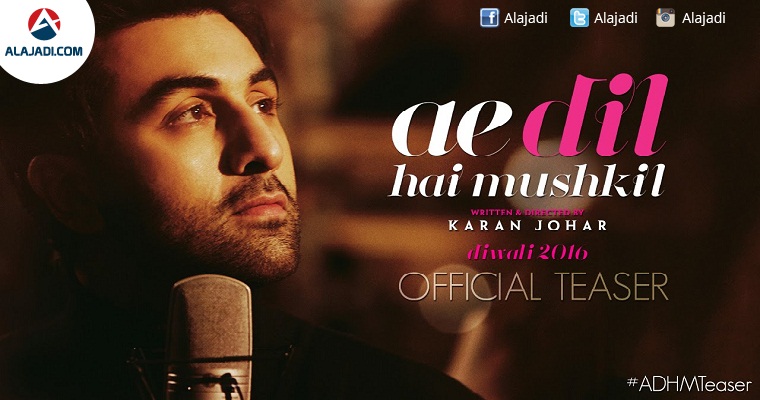 The teasers sees the initial journey of Ranbir and Anushka’s character enjoying each other’s company while drinking, bike-riding, ice-skating and cuddling in the cold. At the same time, Ranbir-Aishwarya’s relationship seems more intense, with the pair indulging in some steamy lovemaking.

Fawad Khan also makes an appearance in the teaser. And there is some dramatic moments as seen with the pushing around, Ranbir and Anushka pushing each other in separate scenes, and Fawad pushing Ranbir. The last scene of the teaser with Ranbir and Anushka in a beautiful, Muslim wedding setting, with an emotional Ranbir departing from Anushka, and his dialogue about unrequited love might connect with the fans of intense love stories.