Walmart, the world largest retail chain, will set up as many as 10 stores in a phased manner in and around Hyderabad. Retail giant Wal-Mart India Pvt. Ltd, a subsidiary of Wal-Mart Stores Inc., signed a memorandum of understanding (MoU) with the government of Telangana on Saturday to set up 10 cash-and-carry stores across the state in the next five years. A representative of Walmart South Asia Dirk Van Bergh and Walmart India president and CEO Krish Iyer singed an MoU with the Telangana government on Saturday. Walmart representatives said the retail chain would establish one store each in a space of 50,000 square feet, that would serve at least 3 lakh customers at a time. 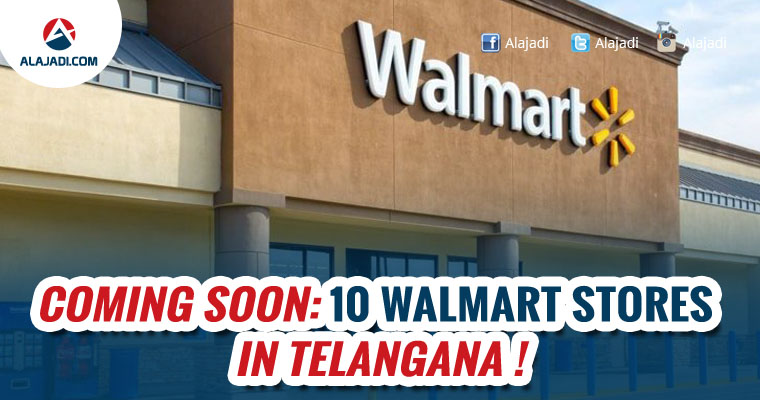 The company, which currently has 21 operational stores in India, will also open another 50 stores during the same period, said company executives. About four of them will be coming up in state’s capital Hyderabad alone. Other stores will be set up in Warangal, Karimnagar and Nizamabad. An MoU in this regard has been signed by Telangana Government and Walmart’s India CEO Krish Iyer Today. Investment on each Walmart store is going be $10 to 12 million. Each store will create job opportunities for around 2,000 people and spread across close to 50,000 sq ft.

In the next 7 years, Walmart have plans to have 71 of its retail stores in India. It is mainly focusing on AP and Telangana down South, Uttar Pradesh, Haryana and Punjab in the North and Maharashtra. Minister KTR informed that Telangana Government will be introducing a Retail Policy which guarantee fast-track clearances and lucrative incentives. All the stores would run on ‘Cash and Carry’ basis the wholesale model.