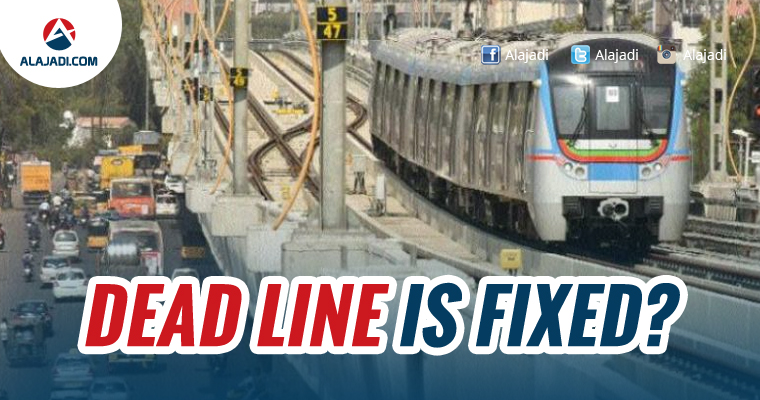 Though the state government signed MoU with L&T for construction of Metro project in 2010, the execution of the project works started in 2012. The government and L&T had reached an agreement declaring July 5, 2012 as “Appointed Date” for Metro project and that the entire project should be completed within five years from this date, which is July 5, 2017. The Chief Minister said that the state government would extend all its help for the speedy completion of the Metro Rail project.

Actually, Hyderabad Metro Rail Project is supposed to be completed by June 2017. The deadline has been extended by 14 months now due to delay in the process. Acquisition of properties and constructing pillars on the roads is a time consuming process. On the other hand, TRS Government is yet to give its consent for the launch of commercial operations on completed routes (Miyapur-SR Nagar (12 km), Nagole-Mettuguda (8 km).