People are crazy about any item which is used by leading Film Stars or Global Leaders. That’s been proven yet again in the case of US President Donald Trump’s old car! This car is used by United States president Donald Trump apparently drew immense craze and money when it has been put up for an auction recently. After Trump used his Ferrari F430 car for almost 4 years, Auction America sold it for nearly 2,70,000 at an event in Florida. 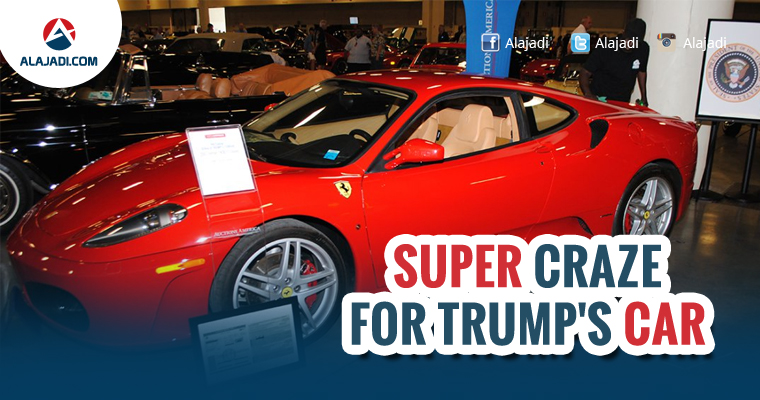 The Ferrari F430 on offer was purchased by President Trump in 2007. The car was titled as a personal vehicle. President Trump owned the car for a little over four years during which time the car accrued a little over 2,400 miles. At the time of its release, it was one of the most technologically advanced performance cars on the market. Already a low production vehicle, its provenance was significantly increased by President Trump’s ownership. Usually, an F430 attracts an asking price between USD 1,25000 to USD 1,75,000. But, since it belongs to the most-craziest president of United States of America, a person coughed up such huge money to own it up. And, auctioneers didn’t disclose his name for some reasons.

The red-colored 2007-model Ferrari car, which is not in production currently, has been moved over to new owner with a mileage of 6000 miles on it. The automatic transmission car which has insurance by Hagerty is said to be in a good condition with optimal equipment. If not for the celebrity provenance, The 13-Years-Old Car would have fetched anywhere between $125,000 to $175,000 depending on its condition, mileage and equipment. Such is the craze for the products used by Trump!