Continuing with the trend of dubbing Malayalam films in Telugu, yet another film which has now been released is the Mohan Lal starrer Black Money. Black Money is upcoming Telugu Action comedy thriller film directed by Joshiy. The Black Money Movie is set to release 21 April 2017. The film is dubbed version of Malayalam super hit Run Baby Run movie. 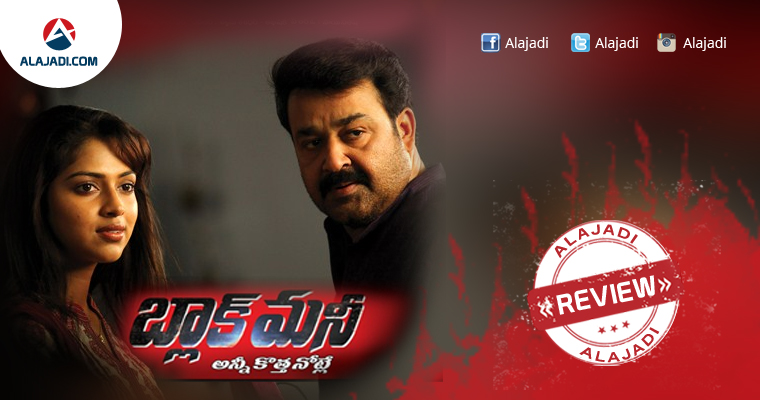 Venu(Mohan Lal) is a renowned journalist who is feared by the entire political circles. One fine day, he is asked to crack a corruption case along with his fellow journalist Renu(Amala Paul). After making a meticulous plan, both the reporters manage to nab some crucial footage of a political big wig. Just when things seem to be going fine, Renu suddenly ditches Venu and airs the footage on a rival channel. The twist in the tale arises when the powerful minister who is involved decides to chase down both these journalists. Rest of the story is as to how Venu manages to come out of this tricky situation and also sends the culprits behind the bars.

Black Money is one film which has a very interesting premise. The cat and mouse of television channels and breezy first half are good assets. But the second half is a bit wayward and spoils the interesting proceedings. All those who like investigative thrillers and do not mind the serious nature of the film, can give this film a shot. The film had some twist and turns, we can say well made gripping thriller. Watch the wonderful performances by Monhalal.

Amala Paul: She stick to her character.

Telugu dubbing is pretty decent and so were the production values. Editing is just about okay as few scenes during the second half could have been easily trimmed down. Camera work is neat and showcases the serious nature of the film convincingly. Coming to the director Joshiy, he has done just an okay job with the film. The subject he has chosen is interesting and he succeeds most of the time. But he drags the film unnecessarily during the second half and side tracks the film to an extent.