Country’s largest bank State Bank of India and its subsidiary banks blocked about 6.25 lakh debit cards of their customers. In the fake of suspicious transactions at third-party ATM machines, the bank blocked the debit cards without giving prior notice to the cardholders.

However, the bank subsequently sent emails and SMSes to customers, alerting them of the card blockage and asked them to re-apply for new cards at their respective branches. Banks reportedly blocked the cards to avoid misuse. The total number of debit cards issued by the SBI alone till July-end was 20.27 crore. Of those, 0.25% or about 5.07 lakh cards have been blocked. Including those from SBI’s subsidiary banks — State Bank of Mysore, State Bank of Hyderabad, State Bank of Bikaner and Jaipur, State Bank of Travancore and State Bank of Patiala — about 25 crore debit cards were issued. 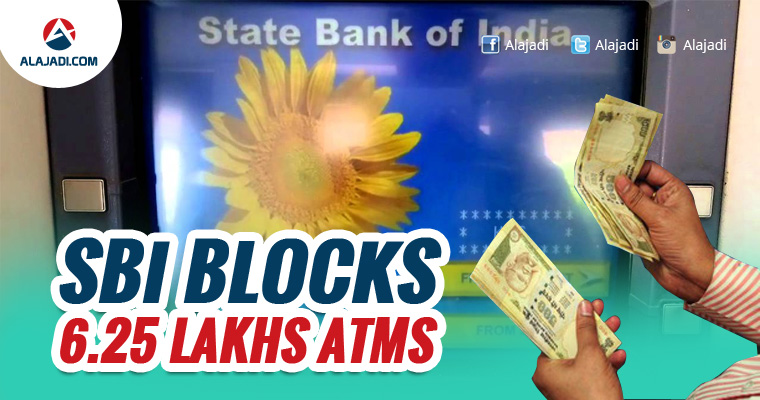 The man who is behind SBI’s technological innovations is Shiv Kumar Bhasin said as part of other precautionary measures, banks have been asking their customers change their debit card personal identification number (PIN) or password on a regular basis (every month or in 3-6 months). Banks have also been asking their customers not to share the password with any other person, in order to avoid security breaches such as skimming and cloning of cards that could lead to data theft. SBI customers are not the only victims, earlier many foreign and private banks have also been victims by the ATM scam.

Though most of the suspected fraudulent transactions happened in the Visa and MasterCard network, we thought a whole a forensic audit of the entire network will help us find out where the compromise happened. The Reserve Bank of India has asked all banks to upgrade their debit cards into chip-based EMV cards, which have added layers of security. In a chip-based card, information is not validated by bank servers unless the correct PIN is used, whereas information on a magnetic strip is easily accessible.