Tollywood Hero Sharwanand Upcoming  Telugu romantic-drama “Shatamanam Bhavati” First Look Poster Released on Monday that the film will hit the screens worldwide during the Sankranti festival next year. Actress Anupama Parameswaran has been roped in as the leading lady . The project will be bankrolled by Dil Raju, and it’s slated to go on the floors very soon. 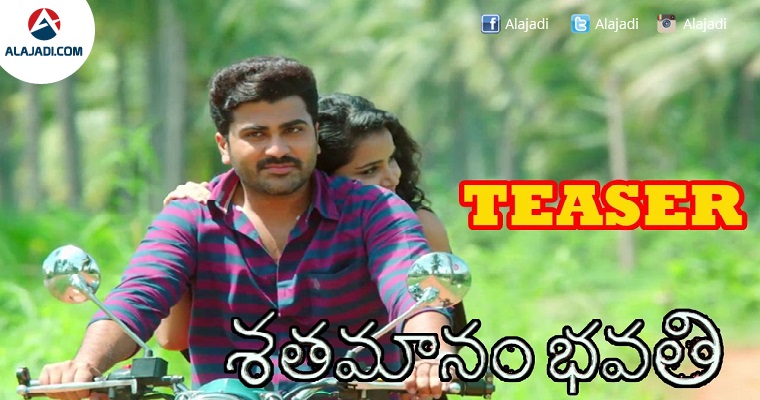 It looks like a complete family drama with Prakash Raj and Jayasudha playing the grandparents characters. Anupama Parameshwaran is the female lead in this film directed by writer turned director Vegesna Satish. The first schedule of the film has been completed and the second schedule will go on until the end of November.

The flick is scheduled for a grand release during Sankranthi and it is to be noted that the much awaited movie of Chiranjeevi Khaidi No 150 is also scheduled for January releases. However on the work side Sharwanand is also playing a supportive role in the upcoming movie Khaidi No 150 which would be released on January 12, 2016.