RGV to make biopic on NTR with Balakrishna in the lead

Filmmaker Ram Gopal Varma on Tuesday said he is proud to be given the opportunity to direct a biopic on legendary Telugu actor and former Chief Minister of Andhra Pradesh, Nandamuri Taraka Rama Rao (NTR). In an emotional voice note shared with IANS, Varma was thrilled to announce he will be helming the project. NTR is a name to reckon with every Telugu-speaking individual. He was not just a great actor but a leader with unprecedented following. I’m very proud to direct a film on his life, Varma said. 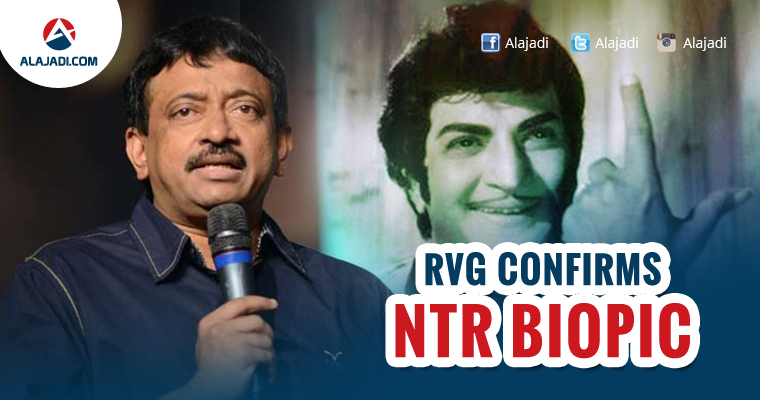 NTR’s son actor Nandamuri Balakrishna will play his father in the yet-untitled biopic. Elaborating on why he is proud to direct the project, he said: “My personal relationship with him goes back to the year when his blockbuster film ‘Adavi Ramudu’ had released. I didn’t have money to take the bus to the movie hall. I walked ten kilometres each time and watched the film 23 times.”

“I was also one among the lakhs of people who had gathered during his first political meeting, soon after he launched the Telugu Desam Party. From being a faceless guy in that large gathering, to getting to direct his life story means something,” he said.

Talking about the film, Varma said it will put the spotlight on NTR’s enemies, on those who betrayed him and so much more that people don’t know about the actor yet. The “Rangeela” filmmaker is not new to biopics. In the past, he has made films on the lives of popular politicians such as Paritala Ravi and the Vangaveeti brothers. Earlier this year, Varma had expressed interest to direct a biopic on the life of Sasikala, a confidante of late Tamil Nadu Chief Minister J. Jayalalithaa.