Kollywood actor Sivakarthikeyan and Keerthi Suresh starrer ‘Remo’ movie released worldwide on October 7. Remo is a Tamil romantic comedy film written and directed by Bakkiyaraj Kannan. This film has entertained everyone and received mixed reviews from film critics and audience. 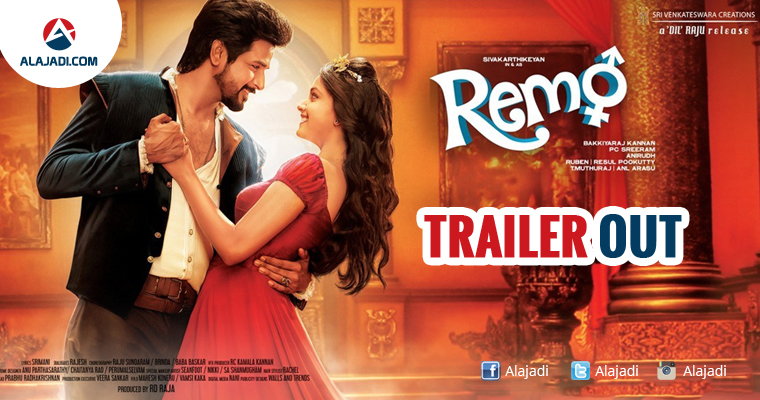 The trailer begins with lead actor Sivakarthikeyan who is a theater actor whose aim is to become a huge film star like Super Star Rajinikanth. He goes for auditions of a film which is directed by K S Ravikumar to seek an acting chance. Ravikumar reveals that his next film’s hero will have to play a woman role. To impress director, he appears in the avatar of a nurse named ‘Remo’. Keerthy Suresh is playing role of Doctor Kavya who is love interest of Sivakarthikeyan.

Watch the trailer of the Telugu film Remo: