Shah Rukh Khan In & As Raees Trailer Is Out !!

The trailer of Shah Rukh Khan’s upcoming movie Raees, which was released on YouTube on Wednesday, shows that the movie has all the commercial ingredients and it is set to be a paisa-vasool entertainer. Shahrukh Khan starrer Raees is based on the life of criminal Adbul Latif. In the film, SRK appears as Miyan Bhai who could remain calm before the storm and can be deadly when it matters. 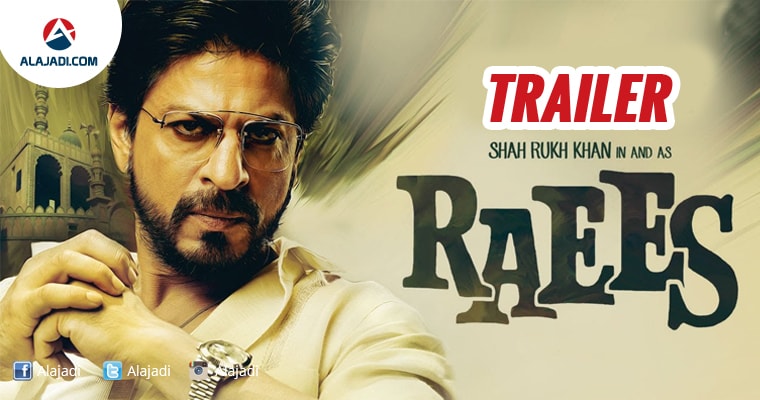 The 2:45 minute long trailer of Raees offers a hint at a brief story line of the movie, which has been written by Rahul Dholakia, Harit Mehta, Ashish Vashi and Niraj Shukla. Set in 1980’s Gujarat, the film tells the story of the bootlegger Raees Alam, whose business is challenged and thwarted by a police officer ACP Majmudar. How Raees fights against the ACP forms the crux of the story.

There is kicking and punching and full on villain dismemberment in Raees. The “Baniye ka dimaag aur Miyanbhai ki daring” dialogue has already left us impressed. It was a glimpse that Raees film will be dazzling with witty and quotable dialogues and the trailer proves the notion more strongly. Raeesis a very well written film and the dialogues are going to be sure shot memorable. And giving him company this time is ever dependable Nawazuddin Siddiqui.

The video shows that Shah Rukh Khan is appearing in a never-seen-before get-up and Raees is going to be his show all the way. Pakistani actress Mahira Khan is seen as his love interest and her chemistry with him is set to be one of the highlights of the movie. Actress Sunny Leone is seen grooving to a new take on the 1980 chartbuster Laila O laila from Qurbaani. Both Nawazuddin and Sunny are going to be among the highlights of the film. The movie is scheduled to be released in theatres across the globe on 25 January 2017 and it is going to be grand Republic Day treat for Shah Rukh Khan’s fans.