Premam Heroine Doesn’t want to get marry at all 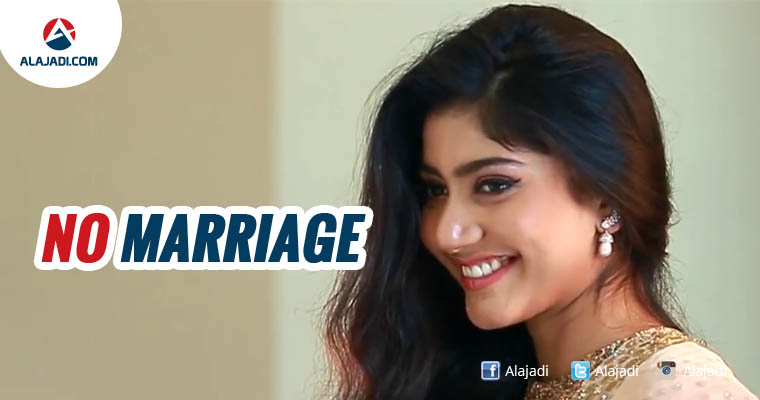 Sai Pallavi recently interacted with fans on twitter. She took to her twitter handle and answered her fans questioned. In this interaction, she opened up so many things about her personal feelings. Sai Pallavi said that she doesn’t want to get married because she wants to take care of her parents until the end of their life. She also said that she can’t live without three things in her life:- job, mother and fruits.

Sai Pallavi also revealed that she is pure vegetarian and if she had a choice she would never be able to choose between medicine and dancing. One fan asked her what her dream role would be, for that she replied the role of  Draupadi from the Mahabharat. Sai Pallavi’s most favorite movie is Suriya‘s “Kaakha Kaakha,” which was directed by the Gautham Menon.

The actress, who studied medicine at Tbilisi State Medical University in Georgia, couldn’t say which among acting and the profession of a doctor was more challenging. “However, bringing a smile on patients’ face by providing them quality treatment is a huge thrill for me,” says Sai Pallavi.