Varun Tej and Premam fame Sai Pallavi will share screen space in the upcoming film Fidaa, directed by Sekhar Kammula and produced by Dil Raju. The film’s teaser, which came out features the beautiful Sai Pallavi as the girl that Varun Tej falls in love with instantly. It is all about love at first sight, and the feel of wanting to live with this one person for the rest our life. Sai Pallavi’s first dialogue is ‘badmaash’, as she yells at a man from inside the train. This film also happens to be her debut in Telugu industry and from the looks of it, she might win the hearts of fans. 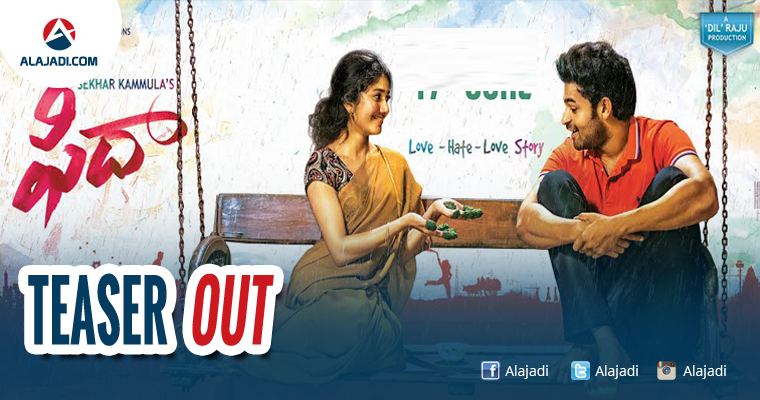 The film stars Sai Pallavi and Varun Tej in the lead roles. While Varun Tej plays a NRI in the film, Sai Pallavi is seen as a Telangana girl. The film’s first look posters have been impressive already. Dil Raju is producing the film and he has revealed that teaser of the film will release today and as expected, the teaser arrived on time and it has got all the classy touch of Sekhar Kammula. Both the lead actors are looking special in the film.  The shooting for this film commenced in the later part of last year, and the lead actor has been keeping her fans on the edge with updates of beautiful photographs from the sets of Fidaa. From shooting in Banswada to feeling blissful #Fidaa has been a part of many of her posts.

The lead actors just finished work on Fidaa about a week back, and he also tweeted about expecting to release the film very soon. While Sai Pallavi has a huge fan base for portraying the role of Malar in Premam, followed by her role in Kali, this film will decide her image as an actor in Telugu film industry. It feels good to see Sekhar back in form. The makers will release the audio soon and the release date will be announced in some time.