Pooja Hegde To Play A Female Lead in ‘Saaho’

A hunt has been on for the leading lady in Prabhas’ next after Baahubali, Saaho, with several names, from fresh faces to well-known Bollywood actresses being considered. While no final decision has been reached yet, a source close to the film’s unit informs that actress Pooja Hegde, the female lead in Allu Arjun’s upcoming film Duvvada Jagannadham, has been approached for the role. 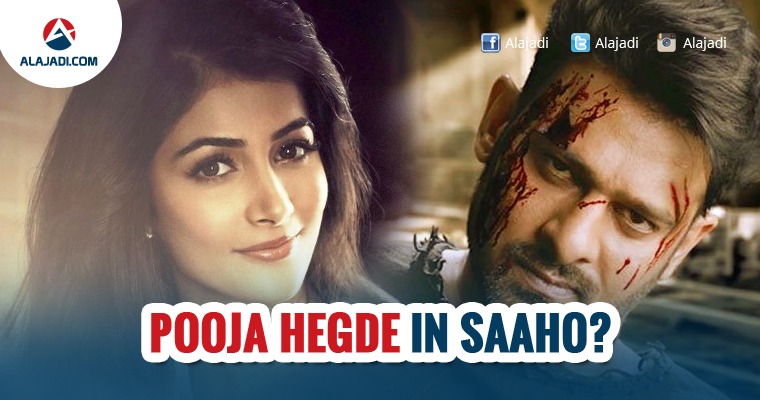 Ever since Pooja debuted into Telugu cinema with Oka Laila Kosam and was later seen in Mukunda, many Telugu filmmakers have wanted to cast her. However, due to her contractual obligations for Hrithik Roshan’s Mohenjo Daro, she didn’t sign any other film. If she agrees to do Saaho, it would be quite a big ticket project for her soon after ‘DJ,’” says the source.

Meanwhile, there’s buzz that the actress may not continue doing films in Tollywood because of some lucrative offers in the fashion industry. But surely an offer to work with Prabhas, post Baahubali, is something she won’t refuse. To be produced by UV Creations, Saaho will be made on a lavish budget of Rs 150 crore. Shankar-Ehsaan-Loy will compose the music for this film, which is expected to release later this year. International stuntman Kenny Bates, veteran production designer Sabu Cyril and cinematographer Madhie are also on board for Saaho. We also learn that the first schedule of the film will start by July.