The overnight superstar, Prabhas, has made his name in the film industry with his latest movie, Baahubali (Bahubali) 2. He will next be seen in Saaho, which will be made in Telugu and Hindi. The makers have now announced the movie’s villain and he is Bollywood actor Neil Nitin Mukesh. Bollywood Actor Neil Nitin Mukesh has played the variety of roles since his debut. Now, He is playing the lead antagonist and powerful role in the Saaho movie. He is the second artiste who signed for the film after Prabhas. Earlier, Neil has played the villain’s role in Prem Ratan Dhan Payo opposite Salman Khan. And also in Kollywood actor Vijay’s Kaththi movie. Now, Everyone looking forward to look the role of Nitin in this film. 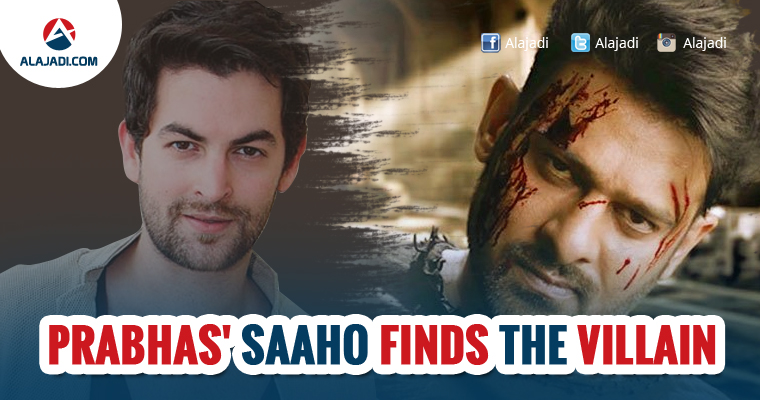 Saaho is an action entertainer, directed by Sujeeth fame of Run Raja Run. It is being made on the lavish budget of Rs 150 Crore. It is produced by Pramod and Vamsi of UV Creations. Musical trio Shankar-Ehsaan-Loy will score the music and Hollywood stunt master Kenny Bates of ‘Transformer’ will choreograph the action sequences. It is 19th film of Prabhas and will be released in Telugu, Tamil, Malayalam and Hindi languages simultaneously. The film is slated to release in early 2018.