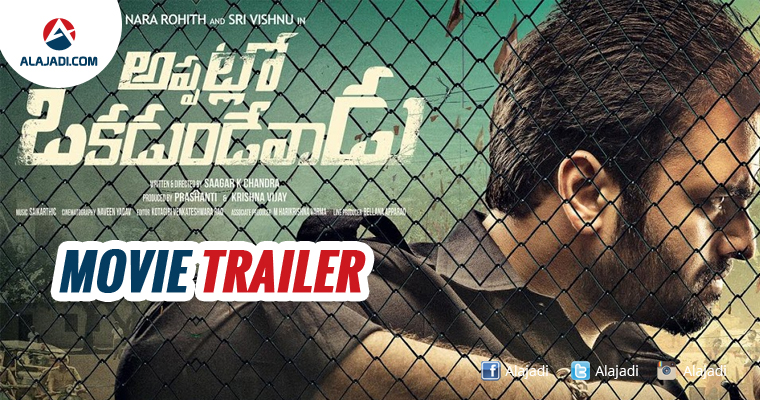 His last hit was Rowdy Fellow and the actor failed to impress the audience in the recent times. Appatlo Okadundevadu film as completed its shooting recently. Audio will be launched very soon and release date will also be announced at earliest. Sai Karthik composed the music. Nara Rohith is playing an invigorated Muslim character Nooruddin Mohd. Imtiaz Ali.

The story is based on what happened in the lives of two youngsters during 1992-96. Sri Vishnu, who impressed with his acting skills in movies like ‘Prema Ishq Kadal’ and ‘S/O Satyamurthy’ will be seen in another important role. Nara Rohit is co-producing the film. Appatlo Okadundevadu movie is produced jointly by Hari and Sunny Raju under the banner Vashishta movies. As per recently revealed reports, the shooting part of Appatlo Okadundevadu movie is wrapped up and now the movie makers are planning to release in this year.