Kathalo Rajakumari Trailer is Out Now 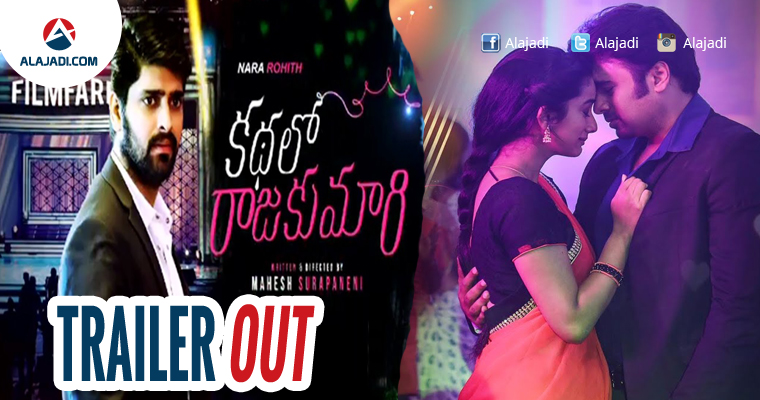 The story between a young man who acts as a villain in films.. a girl from traditional family is ‘Kathalo Rajakumari’.  They have started the trailer with the introduction of Nara Rohit’s villain characters. The romantic part between the hero and heroine has been shown later. Heroine introduces hero to her father saying that he is a junior artiste working in films.  Trouble arise between them later.  He becomes villain in her life too.  How they unite in the end is the story.

Beautiful visuals.. thought provoking dialgoues.. soothing music.. there are several interesting things in the trailer.  Nara Rohit’s screen presence is good. Heroine Namita Pramod is beautiful. Naga Shourya look is different. Mahesh Surapaneni is debuting as a director with this film. Nara Rohit is presenting the film and his friends are producing it.  They are planning to release the movie in July end. Avasarala Srinivas and Nanditha will be seen in cameos. With so many interesting characters thrown around the love story of Rohith and Namitha, the film is expected to be high on thrills besides emotional drama.