Telangana Chief Minister K Chandrasekhar Rao on Wednesday offered pure gold jewelry worth Rs 5 crore to the Gods and Goddesses on his maiden thanksgiving trip to Tirumala temple in Andhra Pradesh after becoming CM. His visit was to complete a vow which he had made during his campaign for a separate state of Telangana. He had pledged gold and other ornaments to various gods and goddesses in both Telangana and Andhra Pradesh if his campaign succeeded.

This is KCR’s first visit to the famous Tirumala temple after he became the first Chief Minister of newly created Telangana state in 2014. On Tuesday evening, CM Rao arrived with his family at the Tirupati airport by a special flight. He was given a warm welcome by B Gopalakrishna Reddy, AP Forests Minister, and some MLAs of the ruling Telugu Desam Party (TDP). On Wednesday morning, the Telangana Rashtra Samithi (TRS) offered gold ornaments worth Rs 5 crore to Lord Balaji and a nose-stud worth Rs 45,000 to Goddess Padmavati, both revered deities at Tirupati. The offerings have cost the state exchequer and taxpayers a whopping Rs 5 crore. 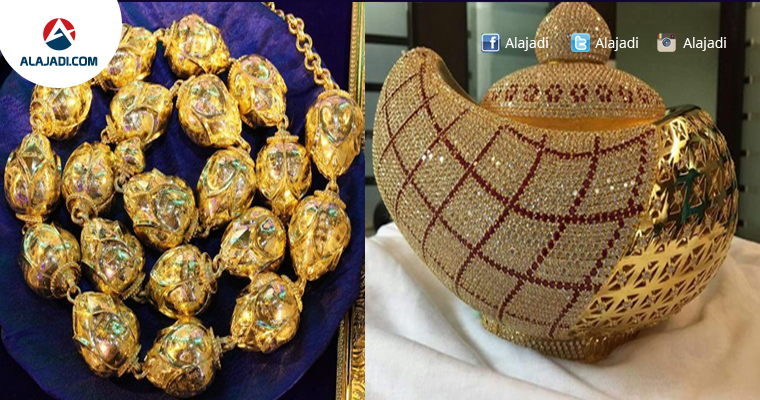 Telangana Assembly speaker Madhusudhana Chary, Chief Secretary SP Singh and Chief Advisor Rajiv Sharma were also present, along with ministers including KCR’s son KT Rama Rao and nephew Harish Rao. The money for the ornaments was sanctioned from the Endowments Departments through a notice given on February 24, 2015. Here is the Government Order that sanctions the amount of Rs 5 crore from the Endowments Department for the ornaments, which inlude a Saligrama Haram and Makara Kanthi. The opposition has criticised the CM for spending such an exorbitant amount, with many questioning if it was right to spend the public’s money for a personal vow.

First of all, it is against the constitutional norms to spend public money on religious beliefs. Secondly, he had taken the vow in his individual capacity. When he took the vow, the formation of Telangana was not anticipated, let alone KCR becoming the chief minister. How would KCR have fulfilled his vow had he not become the chief minister? asked Telangana Congress spokesman Dasoju Sravan.

This is not the first time that such huge amount of public money has been spent as religious donations. In April last year, the chief minister had offered gold ornaments worth Rs 5 crore, also from the state exchequer to Lord Venkateswara in Tirumala. He had presented an 11.7 kg gold crown worth over Rs 3 crore to Goddess Bhadrakali at Warangal, on the occasion of Durga Navratri in OIctober last year. CM Rao’s religious extravaganza has a long history. In December 2015, he conducted a Ayutha Chandi Maha Yagam, at his 120-acre farmhouse at Erravalli village in Telangana’s Medak district, to please the gods. And it was organised at a time when the state was reeling under severe droughts and farmers were killing themselves. 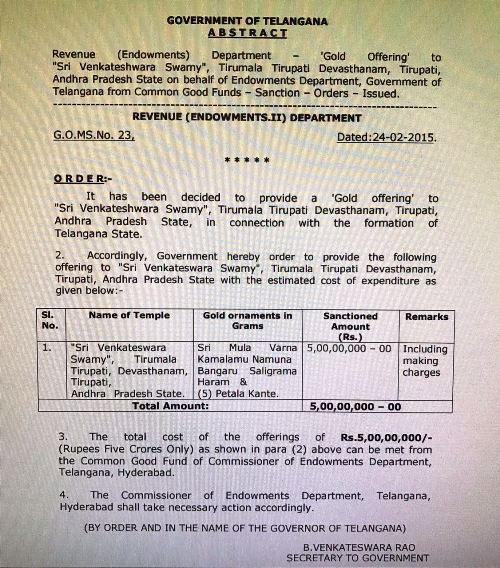 In coming days, he is expected to visit Veerabhadra Swamy temple in Warangal to present golden mustache to the Lord. The opposition has been criticizing, saying a CM cannot spend crores from the state exchequer for the fulfilling personal pledge. Congress spokesperson Madhu Yashki Goud said it was a misuse of public money and that the Opposition would file a complaint against the CM.