For all the power star fans, here is a festival which is released. In Katamarayudu’s pre launch event, they released the trailer for the film and also the Juke box. The movie’s trailer show that it has good action in the movie which will be a good entertainer. For all the mass lovers, Katamarayudu will remain one of the best for comedy as well as the action. Katamarayudu is the official remake of Tamil blockbuster movie Veeram featuring Ajith Kumar and Tamannaah. Telugu remake is directed by Kishore Kumar Pardasani (Dolly) who earlier directed by Gopala Gopala with Pawan. 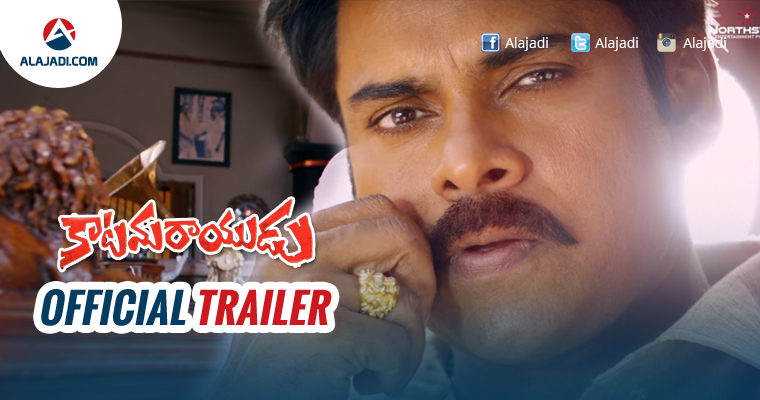 The action sequences were also hit in the right place with Ali beside Pawan Kalyan. There is nothing much story from the trailer as we already expected. There are some powerful dialogues for Pawan Kalyan as well as Rao Ramesh along with little humor. The songs were also doing a good job in promoting with the mass appeal of Title Track.  Trailer starts with ‘Nannu Rechakottakandi Raa..’ as the dialogue with some beautiful and peaceful music in the background. Next enters the mass entertainment with the action. This will be a good news for all the mass lovers and Pawan Kalyan fans. There was a decent hit of the Hindi remake of Oh my God in Telugu as Multi Starrer in the name of ‘Gopala Gopala’. After that there is no hit for Pawan Kalyan looking at the disaster of Sardar Gabbar Singh. So this time he took the Tamil film ‘Veeram’ as base.

Even the film is being directed by the same Director who did Gopala Gopala with Pawan Kalyan. Umair Sandhu, who is a good critic said that Baahubali – The Conclusion Trailer is packed with fake VFX while Katamarayudu’s trailer has mass appeal and originality in his twitter which gave hopes to the film.

Pawan Kalyan and Shruti Haasan plays the lead roles, while Siva Balaji, Kamal Kamaraju, Ajay, Ali, Rao Ramesh, Venu Madhav, Nassar, Chaitanya Krishna, Tarun Arora and Manikanta in supporting roles. Music is composed by Anup Rubens, Prasad Murella is handling the Cinematography and Gautham Raju is the editor of the film. The film completed censor scrutiny and Central Board Of Film Certification is awarded U certificate,  and all set to hit in March 24th worldwide.