Kajal teams up with Ayushmann Khurrana For short film

Our star heroines not only entertaining the audience on the big screen but they are acting in short films as well.  Some heroines are acting in short films consisting of social message irrespective of their reach to the audience.  Following the trend, a star heroine recently acted in a short film. Bollywood heroine Sonakshi Sinha’s brother Kush Sinha recently made a short film titled “Khoon Main Hai’.  Kajal Aggarwal and Ayushmann Khurrana’s brother Apar Shakti acted in this short film.  While speaking about the short film Kush Sinha said that “This short film is the story of a Delhi Boy and a Delhi girl. 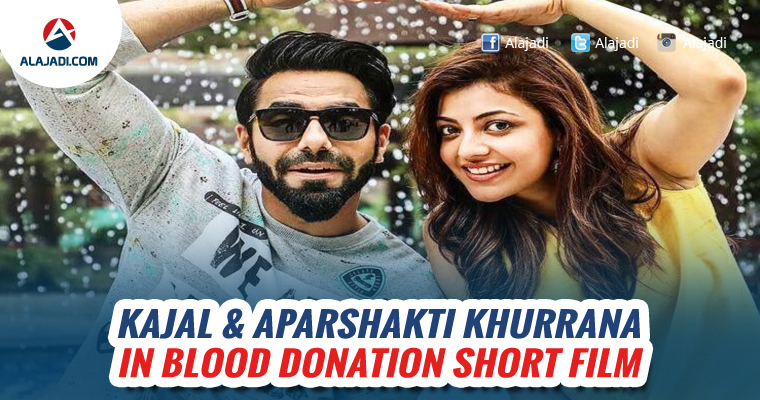 Kajal plays a young girl who goes on a blind date which her would be groom. He keeps boasting about his family which doesn’t go with the young girl after which she asks him if he ever donated his great blood. Tipped with a strong message, the short film is now trending all over.

The actress is eagerly waiting for the release of her next movie Nene Raju Nene Mantri which features Rana Daggubati in the lead roles. Teja directed this political thriller which has been bankrolled by Suresh Productions. They have released a teaser for this short film.  Kajal Aggarwal did complete justice to Delhi girl role.  Even though she is a Mumbai girl, she has impressed the audience as a Delhi girl.  Kush Sinha directed this film and he is planning to make web series in future.  We have to wait and see whether Kajal will continue the web series or not.