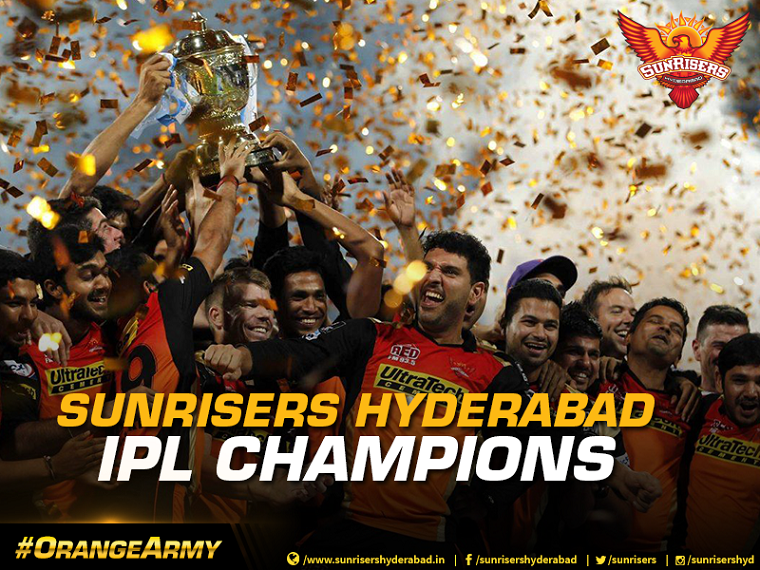 Sunrisers Hyderbad created history by winning their first IPL trophy yesterday. David warner army did this feat against Royal Challengers Bangalore in the final match of IPL 9 season held at Chinnaswamy stadium, Bangalore. Even though this the first trophy for Sunrisers but it is the second for Hyderabad as previous Hyderabadi team Deccan chargers won IPL 2 trophy. Yesterday match was a thriller as Sunrisers posted 208 runs target for best batting line up team RCB with the help of David Warner and Ben Cutting. Match is edged to Royal challengers as Chris Gayle and  Virat Kohli  made  114 runs together in first 10 overs but wickets of Gayle, Kohli, AB de Villiers in quick succession gave Sunrisers to fight back and win the match with 8 runs.

Virat Kohli recicved orange cap and most valued player award for IPL 9 season where Bhuvneswar kumar got purple cap for his 23 wickets. Ben cutting got man of the match award for his all round performance in IPL 9 final.