After India’s 75-run win over England in the third and final T20 international match in Bangalore, Kohli was at the press conference and gave a witty reply to the journalist who questioned his form as an opener. Virat Kohli wasn’t amused with a reporter who questioned his lack of form at the top of the order in the recently concluded T20I series against England. In the third and final match of the series in Bangalore, fans were hoping that Kohli would put a good show at his IPL home ground, but, unfortunately, Virat Kohli got run-out and could manage to score just 2 runs. 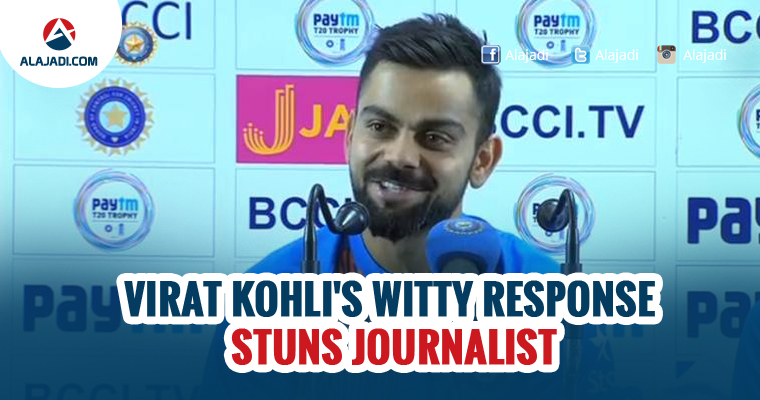 n the post-match press conference, a journalist asked Virat Kohli about his lack of form at the top of the order and the Indian captain didn’t like it even one bit. Kohli was quick to respond and reminded the journalist that he scored 4 hundreds batting at same spot for Royal Challengers Bangalore (RCB) in the last season of the Indian Premier League (IPL).

I opened the innings in IPL and scored 4 hundreds and nobody spoke a word. Now, I have failed in a couple of matches, it has suddenly become a problem, Virat Kohli said. That time people were saying oh! such a revolution he has opened the innings. And now things have suddenly changed after 2 innings, Indian captain added. I am more happy about that (series) and not worried about my opening slot. If I had made 70 runs in two matches, would you have asked me this question. No, right? So just enjoy the series. It is a nice win for us, he concluded. Kohli has scored only 52 runs in the three matches as an opener against England. India won the Test series against England 4-0, the ODI series 2-1 and the T20I series 2-1 complete a whitewash in all formats of the game.