Around three lakh Indian-Americans are going to get affected as US President Donald Trump is planning to toughen the immigration rules. Trump plans to increase immigration enforcement, which will risk 11 million undocumented immigrants. Trump has already laid the groundwork for deporting millions of illegal immigrants, who are being referred to as Aliens, by reforming the ways in which the federal immigration laws are enforced. 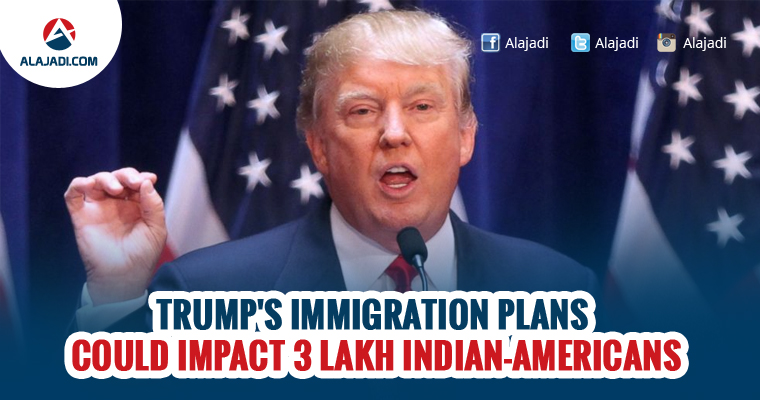 The Department no longer will exempt classes or categories of removable aliens from potential enforcement, the Department of Homeland Security (DHS) said in an enforcement memo. As per these memos, DHS personnel have full authority to apprehend an alien whom an officer finds doubtful of violating the immigration laws unless the alien is an unaccompanied minor or has a fear of persecution in their home country.

As per unofficial figures, of the nation’s 11 million undocumented immigrants, 300,000 are Indian-Americans, all of whom are fearing of forcibly getting deported back to India. Department personnel have full authority to arrest or apprehend an alien whom an immigration officer has probable cause to believe is in violation of the immigration laws, it said.

Although the major focus is on undocumented immigrated with criminal history, Even others could could get impacted by the tightened norms. Only Minors, People who apply for asylum & those who face fear of torture in their mother land are given an exemption.