Nikhil Siddharth who debuted with Sekhar Khammula’s Happy days has become a bankable actor by choosing different subjects and not choosing formulaic and beaten to death content except for his last movie Sankarabharanam of Kona Venkat. He is now coming with Vi Anand who debuted with Sundeep Kishan and Rahul Ravindran starrer Tiger. Female leads starring Hebah Patel of Kumar 21F and Telugu debutante Nanditha Swetha. As promos of this movie has created much required curiosity. 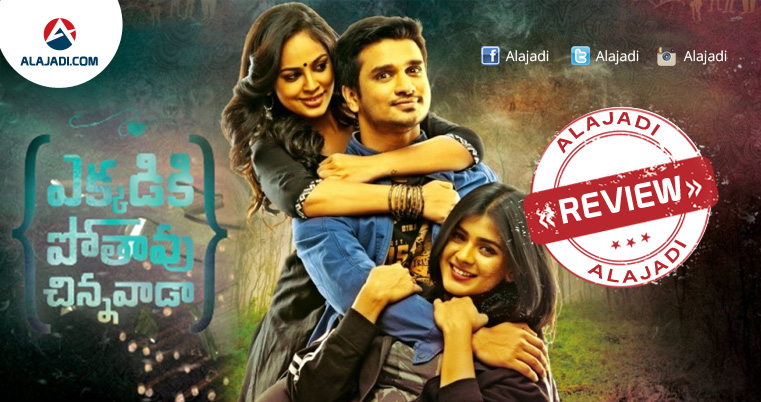 Arjun (Nikhil Siddharth) is a ditched by a girl when he is about to marry her in a registrar office. He then decides not to wait for anyone. He goes to Kerala with his friend’s brother (Vennela Kishore), who is psychologically affected by ghost. Arjun then meets Amala (Hebah Patel) who stays in a cottage next to his. He lived in Kerala and they both fall for each other. She leaves Kerala without telling him. Arjun then searches for her with the clues he had known when he was with her in Kerala and finds that she was dead years ago. Who is the real Amala? What happened to her? What happens next forms the rest of the story.

Nikhil Siddharth: Nikhil has done fantastic job as Arjun. He is improving a lot by every movie and has given a very matured performance.

Hebah Patel: She looks so beautiful and performed well.

Nandita Swetha: She was too good for the ghost role and she made complete justice to her role.

Vennela Kishore is hilarious and made audience with his funny body language and dialogues. Satya is good. Sri Harsha is okay and is monotonous in every movie having something to eat in his hands. Praveen as Ganta and Prudhvi as psychologist are good and made us felt their presence even for the small screen time. Sudharshan is good and others are good. Avika Gor appeared in a cameo role and her episode was interesting.

The film was crafted brilliantly by the director, Vi Anand. He narrated the story with a gripping screenplay. The cinematography by Sai Sriram was too good as his lighting in the film was brilliant. Tunes for the songs and the background score from Sekhar Chandra were impressive. Visuals are rich with colors and beautiful locations are captured well. Editing by Chota K Prasad is racy and crispy. He did fine job. Production values are apt for the content.