Tollywood star Allu Arjun’s upcoming film Duvvada Jagannadham was expected to hit the screens this summer. However, the plan has suffered a setback due to various reasons, forcing the makers to delay the release of the film. The shooting, which was going on at a steady pace, was delayed due to Allu’s health. Earlier, it was heard that the makers are gearing up to release this movie in the month of May. However,  the current reports are that, the film’s release is postponed to July 7th. 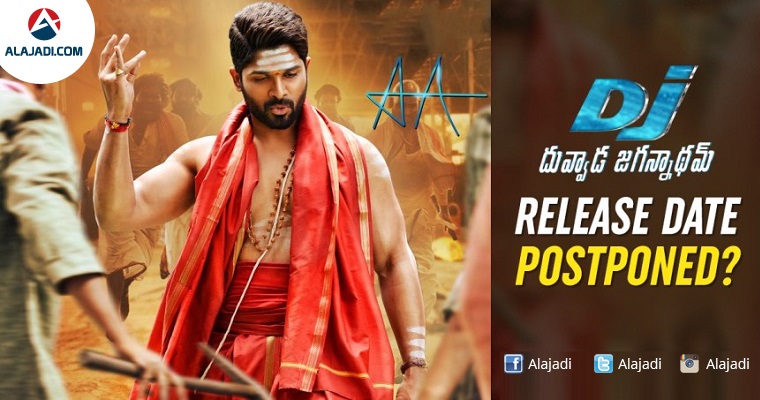 The first look and teaser of the film, which is also known as DJ, has become a hit with Allu fans. In the film, the actor plays the role of a Brahmin cook draped in a dhoti and a white shirt, in contrast to his onscreen title of ‘Stylish Star.’ However, the industry buzz is that there is more to the story than what meets the eye. The film is directed by Harish Shankar and Pooja Hegde plays the female lead. The film also stars Bramhanandam, Vennela Kishore, Tanikella Bharani and Rajendra Prasad among others in supporting role. Ever since the news came out, fans of Allu Arjun had been disappointed and are eagerly waiting for July. For now, all that we can do is, keep our fingers crossed and watch the recently released teaser until release.