Apparently for the supposed 151st film, Megastar Chiranjeevi and his director Surender Reddy are leaving no stone unturned to make this magnum opus bigger than the biggest. Tentatively titled “Uyyalawada Narasimha Reddy”, the film deals with the story of a freedom fighter (mostly a rebel during British times) of the same name. 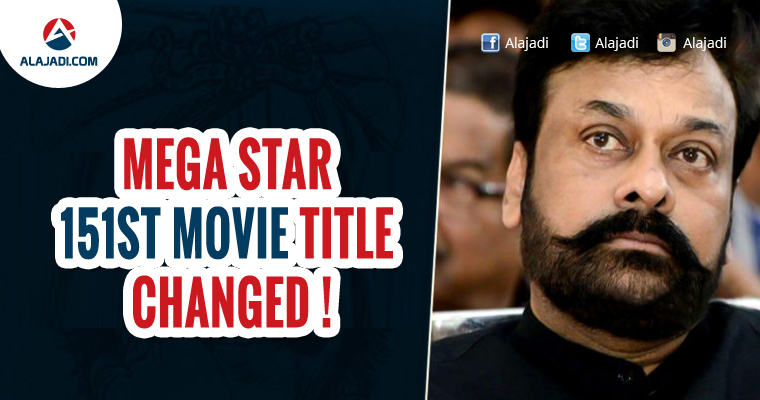 Most recently we have seen some politicians giving warning to Chiranjeevi to not use the ‘Reddy’ tag for his film as a title. It’s heard that with Chiranjeevi hailing from Kapu community and playing a big role in the fight for Backward status for Kapu caste, Reddy community is urging him to not use a caste based tag for the title. Though Uyyalawada family are happy with the title, it seems like Chiranjeevi is in two minds now.

Moreover, the title will not find appeal in other languages as the makers are planning a pan-Indian release for the film. For that reason, Chiranjeevi and Co have now turned to another title and it happens to be “Mahaveera”. This title will find a universal appeal like Baahubali and producer Ram Charan is planning to register that on Konidela Productions banner.

Currently, the film’s pre-production work is going on at a brisk pace as the makers are planning for August 15th launch of the movie. While rumors suggested many names for the leading lady, we hear that Nayantara is the chosen one, but it’s not official yet.