The most awaited film of the year from legendary director Mani Ratnam is now showing on the screens. Cheliya movie hit the theatres on 7th April. The film is shot in Tamil and it was dubbed to Telugu.  Karthi and Aditi Rao were playing the lead roles in this film. After a huge success of Ok Bangaram with Dulquer Salman, Mani Ratnam is back with another romantic-drama Cheliya. This Film is Releasing in 1500 Screens World Wide.It is produced by Mani Ratnam himself under his production house, Madras Talkies, while Popular producer and distributor Dil Raju presenting the Telugu version under his banner,  Sri Venkateswara Creations 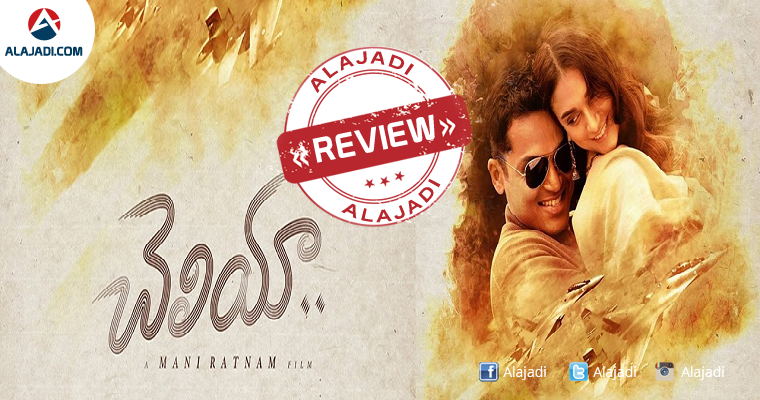 Varun (Karthi) is a military pilot, who is held a prisoner of war. He is very strong and softhearted but is very unsure inside. Being in prison, he recalls his romance with a local doctor (Aditi Rao Hydari), who is vulnerable and fragile on the outside and determined and headstrong inside. How these two people with opposite characters gel forms the crux of the story.

Celiya has an interesting love story, which is very high on emotional quotient, and Mani Ratnam has executed it in a brilliant way on the screen. The narration is slow and dragging in parts but the director manages to hold the attention right till the end. The refreshing trailers and the heartwarming songs have hinted that the romantic thriller will be on the lines of Mani Ratnam’s cult classic, Roja.

Karthi: He has delivered brilliant performance in the film.

Aditi Rao Hydari:  She has done justice to her role as a doctor and her chemistry with Karthi is the major highlight of the movie.

KPAC Lalitha, Shraddha Srinath, Rukmini Vijayakumar, RJ Balaji and others are also assets of the film.

A movie which goes entirely on Love and war. The movie’s direction and A.R. Rahman’s background music took the movie to another level. The movie has stunning visuals, and a patriotic theme. Prime reason for this is that the songs generated & stunning visuals Created enthusiasm among the youth. Also the recent trailer hinted that it is Romantic love story. Ravi Varman’s cinematography, amazing choreography and stunts, brilliant VFX works and selection of exotic locations and beautiful costumes are the attractions on the technical front.