Boy Wakes In The Middle Of His Final Journey

A 17-year-old boy woke up on the way to his funeral in Dharwad’s Managundi village, surprising his relatives and villagers who had presumed him dead. He was rushed to a private hospital where his condition is critical. According to the reports, Kumar who was brain dead after taking the treatment in the hospital due to dog’s bite received treatment in the Hospital. 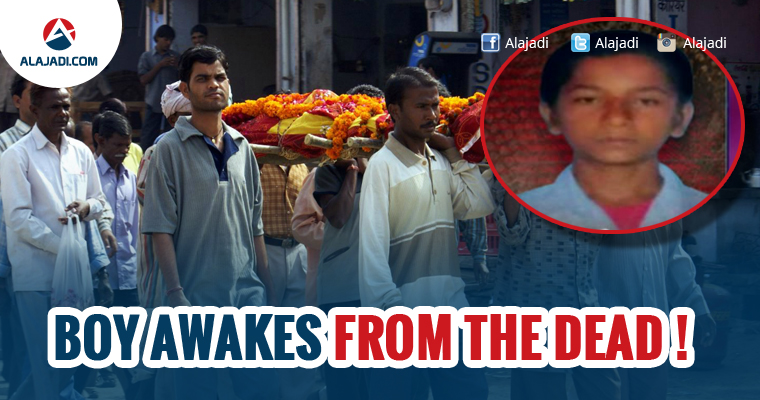 Kumar Marewad, 17, had a high fever last week following which he was admitted to a Dharwad hospital. As his condition deteriorated, the teenager was put on a ventilator. The doctors told Kumar’s relatives that he was critical and that he would not survive if life support was removed. Informing them that infection had spread in Kumar’s body, the doctors left the family to decide if they wanted to continue treatment. Later, the family decided to shift him home. On reaching home, family members reportedly noticed no body movement and assumed that he had died. They began preparing for his funeral.

The disturbed family and relatives of Kumar started preparing the last rites. In the last journey, the group had hardly proceeded two kilometers from their house when, to their shock, he opened his eyes and started moving his arms and legs. The family immediately took him to a nearby hospital. Dr Mahesh Neelakhantannavar said: Kumar is on the ventilator. We suspect he suffers from meningoencephalitis, an infection caused due to a dog bite.