Amala Paul to romance Allari Naresh in a Telugu movie

Malayalam actress Amala Paul, who has created tremors in southern film industry with the news of divorcing her director-husband AL Vijay, continues to pocket interesting films. Amala Paul currently has a few interesting Tamil and Malayalam projects including Dhanush’s ‘Vada Chennai’ in her kitty. She has become popular actress across the South Indian film industry upon acting alongside superstars both in Telugu, Tamil, and Malayalam film industries. In Telugu, Amala Paul acted in various films like Nayak, Iddarammayilatho, Love Failure, Bezawada and romanced with popular actors like Naga Chaitanya, Ram Charan, Allu Arjun, Siddharth and many other heroes. 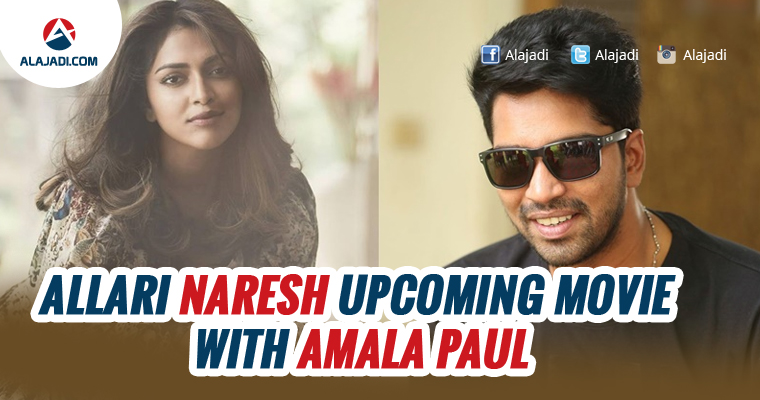 Comedy King Allari Naresh is waiting for the arrival of horror comedy movie ‘Intlo Deyyam Nakem Bayyam’, which is gearing up for grand release on 11th November. On the other side, recently he has given green signal to Anish Krishna for the upcoming flick who helmed Ala Ela in past. It is an official remake of Malayalam hit movie ‘Oru Vadakkan Selfie’.

According to the latest update, actress Amala Paul has been approached to play the female lead role by Anish Krishna. She has given her verbal consent but did nit sign the project yet. If everything will go accordingly, the upcoming remake will go on the floor in December. On the other side, Amala Paul is getting ready to romance with Bobby Simha for the upcoming saga ‘Thiruttu Payale 2’ under the direction of Susi Ganeshan, which will go on the floor on 2nd November.

After the confirmation of the casting in the film, the movie makers soon reveal it. On the other hand, the dusky beauty Amala Paul is quite busy with films Sila Samayangalil in Tamil and Hebbuli in Kannada slated to release in the month of December.