Hit pair Raj Tarun and Hebah Patel teamed up once again for ‘Andhhagadu’, which is being produced under A.K.Entertainments India Pvt.Ltd banner as production no.10. Successful writer Veligonda Srinvas is turning director for this movie and Rajendra Prasad is playing a key Role. The shooting commenced on 26th October and has been going on non stop at a rapid pace since then. The makers are aiming for a Summer, 2017 release. 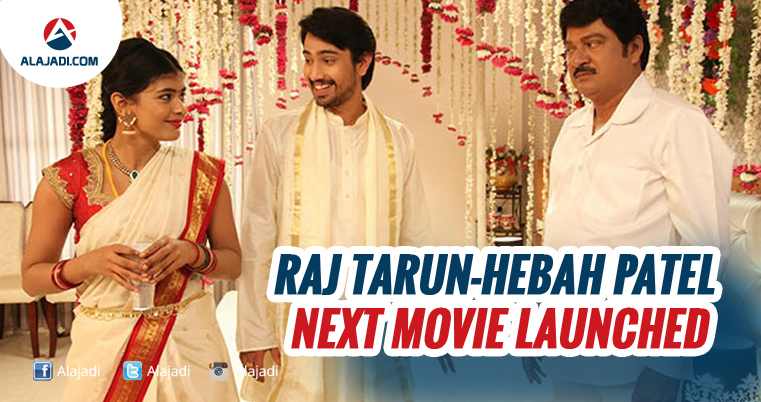 The successful pair of Raj Tarun and Hebah Patel, which was earlier seen in ‘Kumari 21F’ and ‘Eedorakam Aadorakam’, has teamed up for their third film together. Successful writer Veligonda Srinvas, who has provided stories for many films including Nagarjuna’s ‘Damarukam’, is making his directorial debut with this film.

Director Veligonda Srinivas says that the film has a very strong, exciting point and the team is all pumped up. This is the fourth film of Raj Tarun in this banner and he is also very excited about the film. Ramabrahmam Sunkara is the producer of this movie. The shooting is happening at brisk pace. Ramabrahmam Sunkara is the producer.  Ashish Vidyarthi, Raja Ravindra, Sayaji Shinde, Satya, Paruchuri Venkateswara Rao and others are part of the cast.