It is all official now. Tollywood heartthrob Nikhil is going to enter wedlock. Young and happening hero Nikhil is all set to marry love of his life Tejaswini, who happens to be his relative. Nikhil will tie the knot with Tejaswini, daughter of well-known businessman Anjaneyulu Yadav. The engagement ceremony is going to take place in Hyderabad on August 24th. The wedding is likely to take place on October 1st. He is expected to make an official announcement very soon. 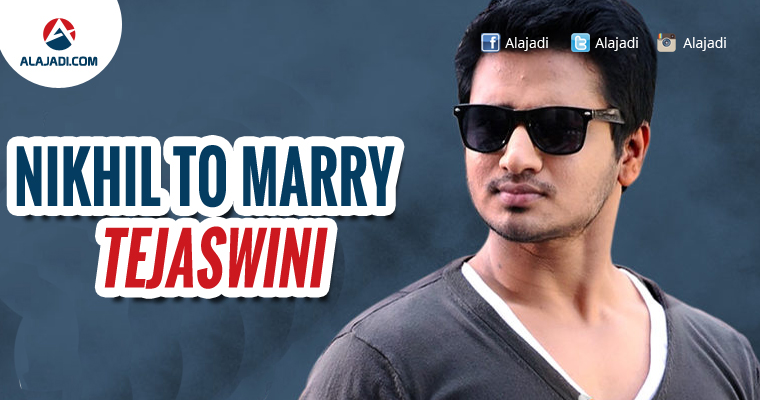 Made splashy debut with Happy Days, Nikhil has been a successful hero with films such as Karthikeya, Ekkadiki Pothavu Chinnavada and recent Keshava. Of late, he is on a roll. It has been speculated that the actor would enter wedlock from long time. But Nikhil has always turned them down. Since he is now in best phase of his life – both professionally and personally, Nikhil probably couldn’t say no.

Nikhil’s sister is also married to a business family. His sister has been married to Amarnath Madduluri who owns RK Township Group. His family also owns educational institutions. The best phase of Nikhil’s career began with ‘Swamy Ra Ra’. After ‘Keshava’, He decided to increase the pace and currently planning to shoot for two movies simultaneously. Wish this promising talent a great future ahead, both professionally and personally!