Mohanlal is having an amazing season in the box office with there back to back blockbusters. His last release Pulimurugan is breaking all preexisting records in the Kerala box office. Trade experts believe that Pulimurugan will end up as the highest grossing Malayalam movie ever. The massive success of the Malayalam version has helped the makers to release a dubbed version in Telugu. The movie is titled as Manyam Puli in Telugu. 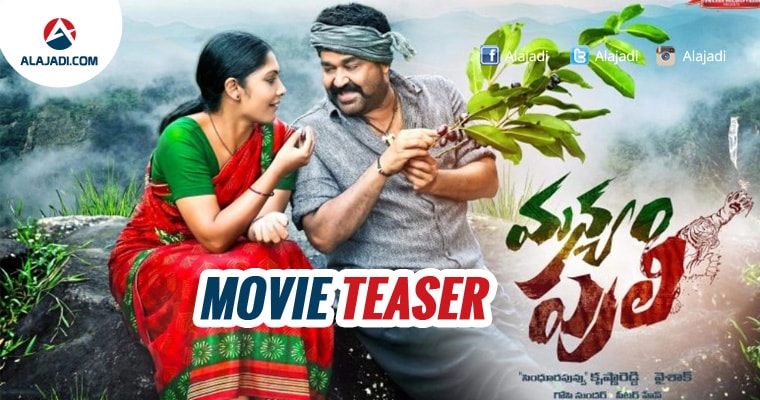 Mohanlal has already established himself in Tollywood with his terrific performances in Vismayam and Janatha Garage earlier this year. The film features the complete actor Mohanlal, Kamalini Mukherjee and Jagapati Babu in the lead roles. This action adventure is directed by Vysakh, a popular director from the Malayalam industry. A noted produced in the Telugu industry, Krishna Reddy has acquired the Telugu rights of the film.

Mohanlal plays the character of a lorry driver who lives near a forest and has to take revenge on a tiger. This act makes him a master at hunting and killing tigers. Adding to this, he kills only those tigers who eat humans. Kamalini Mukherjee plays the role of Mohanlal’s wife andJagapathi Babu plays the antagonist.

The film was made with a budget of 25 crore rupees and minted about 105 crore rupees, approximately. Isn’t that a massive number? This is just another movie of Mohanlal which garnered so much of attention and made good business. Mohanlal holds the credit of appearing in about 320 films in Telugu, Tamil, Malayalam , Kannada and Hindi movies.

The story line of the movie itself is unique. It is so rare to know that a human takes a revenge with a tiger. Apart from the story, the visuals are also exceptional. The Telugu music is composed by Gopi Sunder. All in a box, this movie makes it a must watch.