Virat Kohli has become the first Indian sportsperson to sign a Rs 100 crore endorsement deal with a single brand. The Indian cricket captain has struck an eight year deal with sports lifestyle brand Puma worth about Rs 110 crore. Kohli is now set to join the likes of Jamaican sprinters Usain Bolt and Asafa Powell, and footballers Thierry Henry and Oliver Giroud among others as a global ambassador for the brand. 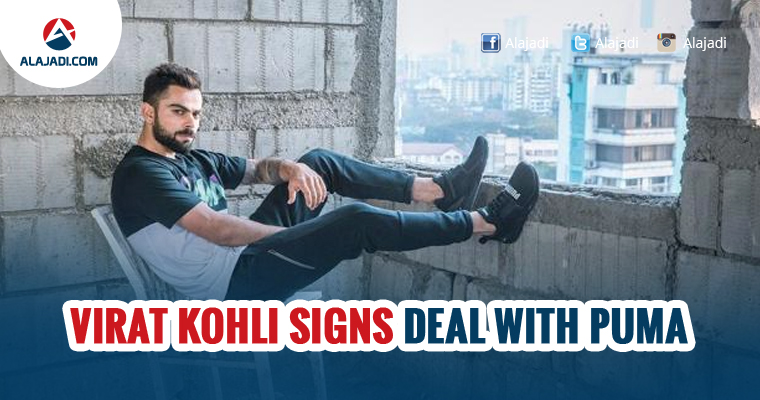 The unusually long eight-year deal which could go on to cover the 28-year old’s remaining career with the Indian team involves a fixed payment and royalty depending on the brand’s business performance. Kohli will work with the German company to launch a signature line of sports lifestyle products with a special logo and brand identity. Bulk of the endorsement deal, estimated between Rs 12 to 14 crore annually, is locked up in fixed payout. The first Puma commercial featuring Kohli is expected to break on air Monday. Both Puma and Kohli wouldn’t comment on specific financial details of the endorsement deal. Puma is expected to work with Kohli in markets like UK, Australia, South Africa and the Middle East and wherever Cricket is relevant.

In 2013, Kohli had signed a Rs 10-crore per annum, three-year deal with sports goods giant Adidas, but this ended when both parties decided not to renew the contract last December. The signing up with Puma, however, puts the dynamic cricketer in a new league altogether. Only Sachin Tendulkar and Mahendra Singh Dhoni have been in the Rs 100-crore club through multi-year contracts with talent management agencies, but they have never been signed by a single brand for such a big amount.