MS Dhoni Had A Special Gift for Virat After Series Win

Mahendra Singh Dhoni passed on the baton to Virat Kohli making him the captain in all three formats of cricket. Being a full-time skipper Kohli recorded his first win against England and received a gift from Dhoni. He had a habit of collecting cricket stumps after every famous win that he registered as captain of the Indian team. He still made sure that the tradition is carried on even though players are no longer allowed to take the expensive LED stumps home. 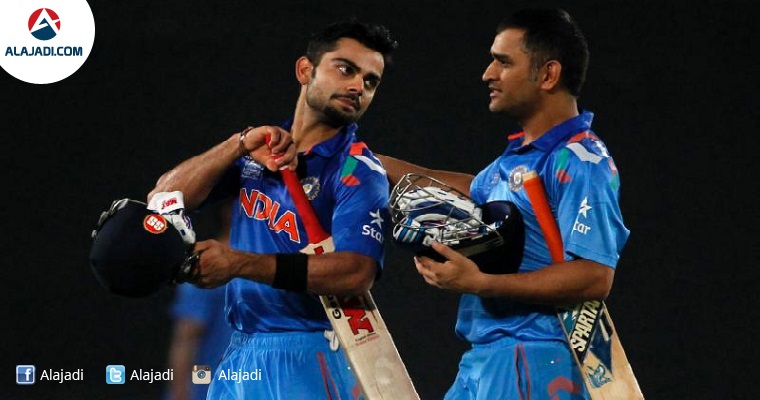 Dhoni was the first one to wish Kohli on his first ODI series win as full-time captain. To make the first series win as a captain more special for Kohli, the ex-skipper Dhoni gave his successor a precious gift. Dhoni made sure that Kohli remembers this win for a long time and gave him the match ball signed by him.

Speaking to the media at press conference Kohli shared his experience playing with MS Dhoni and shared some heart touching moments. MS Dhoni gave me the match ball in the second game because the stumps are too expensive nowadays they don’t allow us to take them home. Maybe in the Test series, it’s allowed but the shorter format I cannot pick anything. MS gave me the ball in Cuttack saying it’s your first series, it’s memorable for you and that was very special, I got it signed by him as well, Kohli said after the third and final ODI in Kolkata.

Specially the youngsters stepping up. Special mention to Kedar Jadhav and Hardik Pandya. The way they have performed in this series has been outstanding. Also, the way MS Dhoni and Yuvi batted together in the second game was wonderful. So everyone’s contributed throughout the series and that’s the hallmark of a good team. You contribute on regular occasions and you end up winning the series, the 28-year-old added. There is no better feeling and I feel that the guys have really en cashed the opportunity wonderfully and delivered every time we have been under the pump, Kohli continued. India is now set to take on England in a three-match T20I series beginning January 26 in Kanpur.